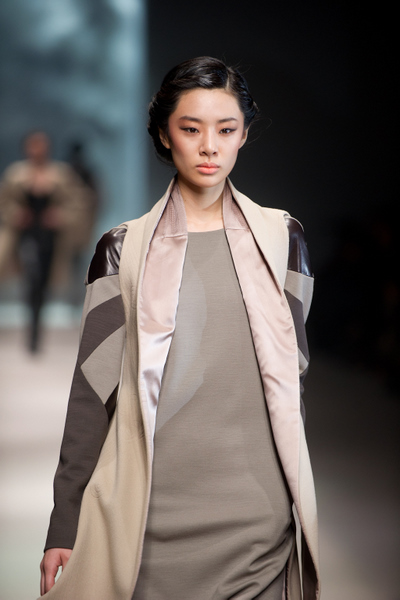 Lie Sang Bong is one of Seoul's most talented and established designers. Think of him as the Armani of Korea. The show casting, production and music were strong. You can also tell he's in control of his craft. He used innovative patchwork effects this season, adding texture and volume to simple pieces. 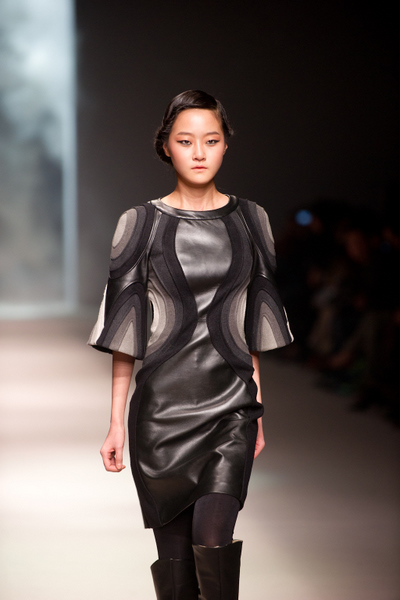 Contrasting curves on coats and dresses seemed to evoke gentle waves or the outline of a mountain. It was as if woman merged with nature. I found his vision poetic and touching. 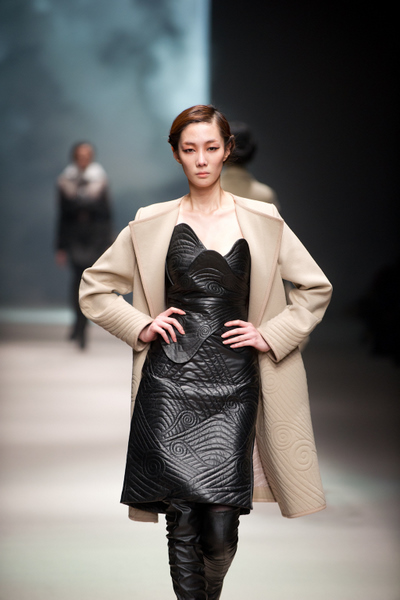 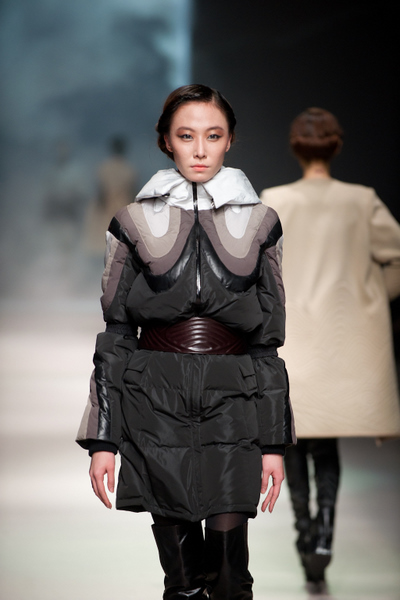