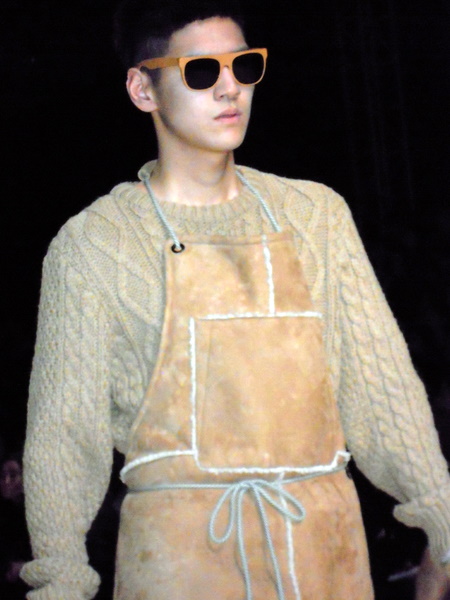 MVIO presented a strong collection today, focusing on aprons, reworked outerwear and sharp separates. There were a lot of looks I would definitely wear and nothing felt out of place. It was a directional, masculine and inventive show. 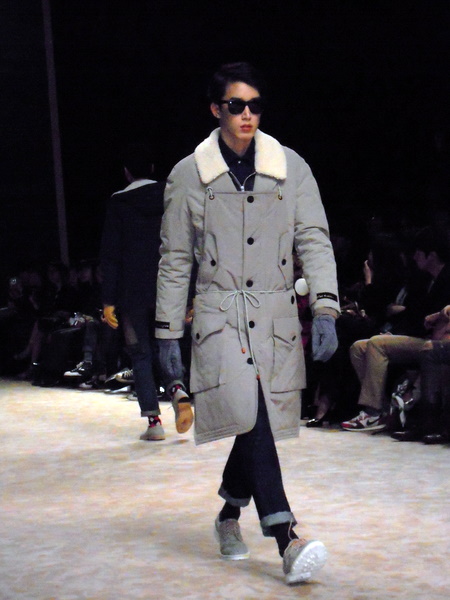 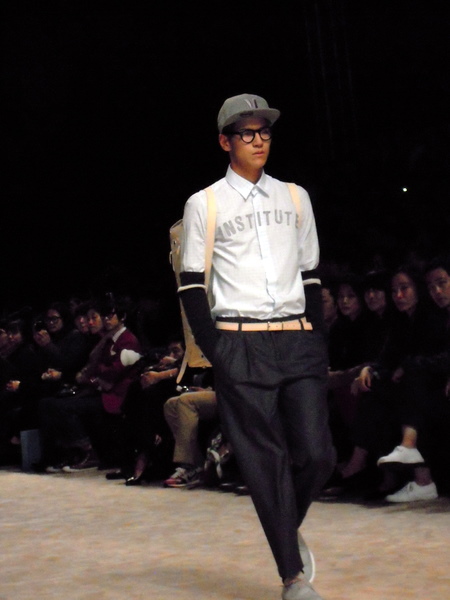 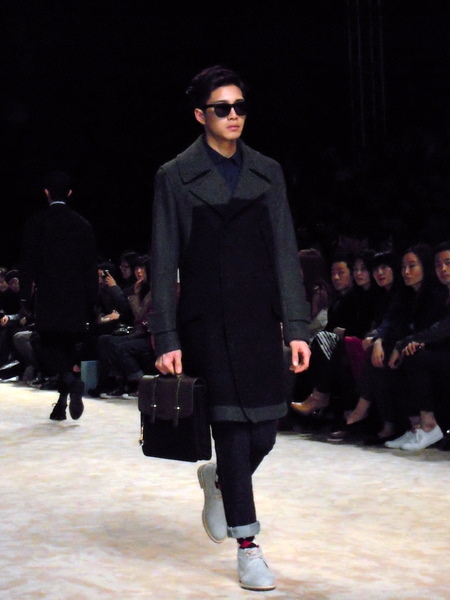 Most aprons were connected to outerwear pieces, sometimes in contrasting fabrics. I loved the duffle coat version, which seemed like an ironic comment on the Koreans' obsession with traditional British clothing. 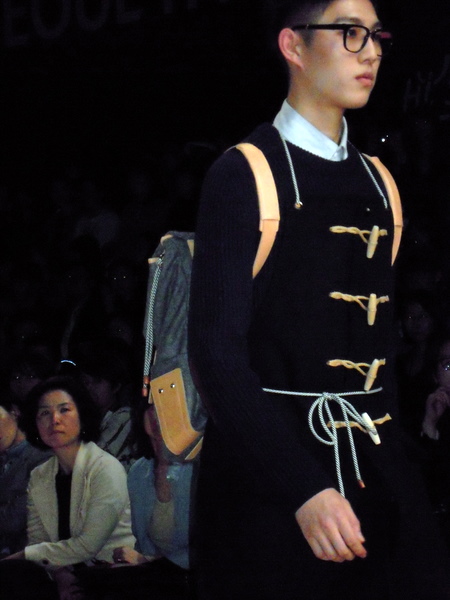 A roomy, military-inspired coat with matching apron and large pockets was a standout piece. 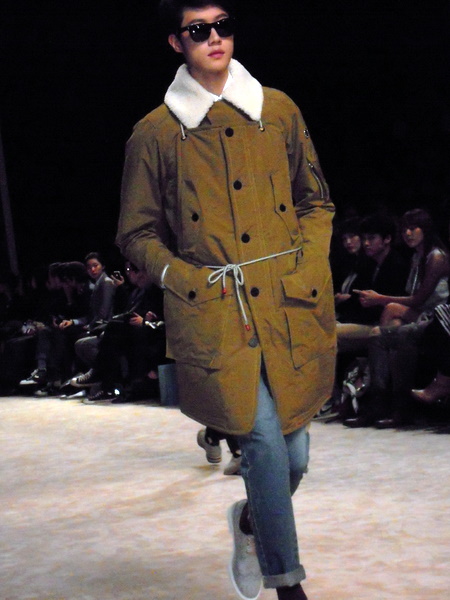