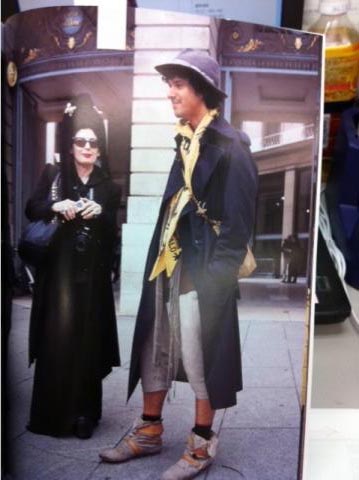 Miguel just received this from Japan, not sure where or when this was. Cyber world. Grace of twitter found Nicola on the same train from Antwerp to Paris as me and had a sweet chat. Made me smile. now running out to a meeting as of course the train was more than a half hour late.