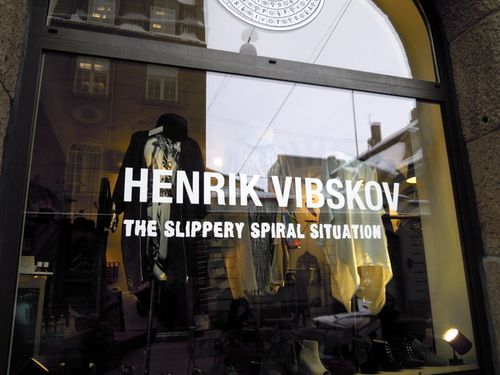 I got my fix of funky, brilliantly wearable fashion walking into Henrik Vibskov's store in Oslo. Is there anything this guy cannot do? From music and clothes to shows and stores, Henrik knows how to create the right vibe. And he's a lovely person, too. I felt comfortable in his boutique, stocking his womenswear, menswear and accessory lines, as well as pieces from Walter Van Beirendonck, Bernhard Willhelm, Comme des Gar