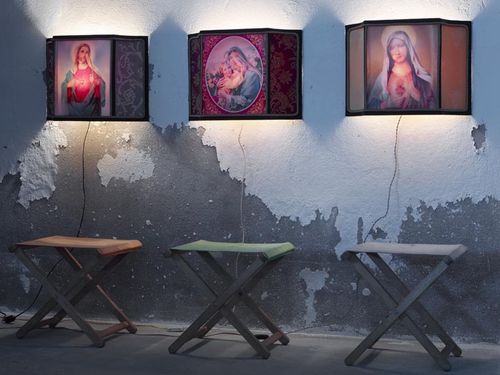 Servomuto was founded in 2007 to manipulate lampshades. THe idea was to take old bedside lamps, dusty chandeliers, lamp covers from the grandmother's house and to reassemble them  with remnants of blankets, oversized braid and randomly found objects that were either thrown away, rejected or forgotten. 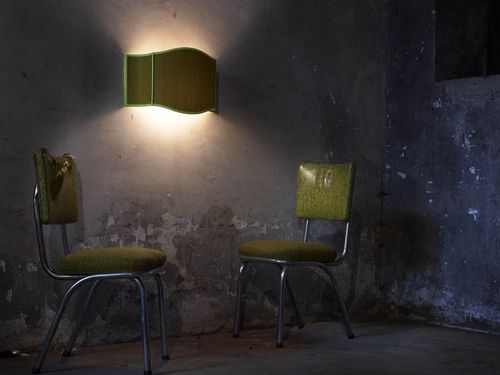 THe unique pieces are hand-made by more than one pair of hands in Italy. Classical living room fabrics are contaminated by neo-gothic prints a la Aubrey Breadsley and by military memorabilia of the Red Army. Excess, contrast and alteration go through the hands of ananachist upholsterer and bring light to "the good things of bad taste". 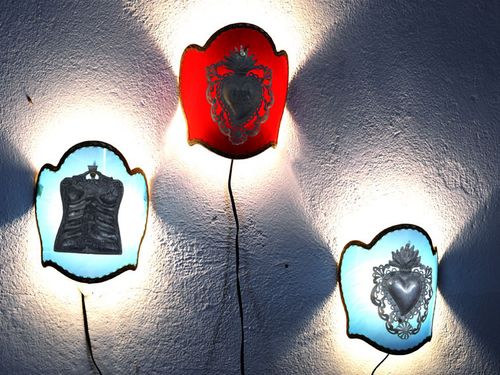 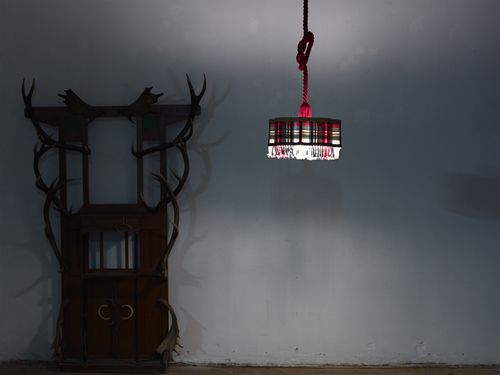 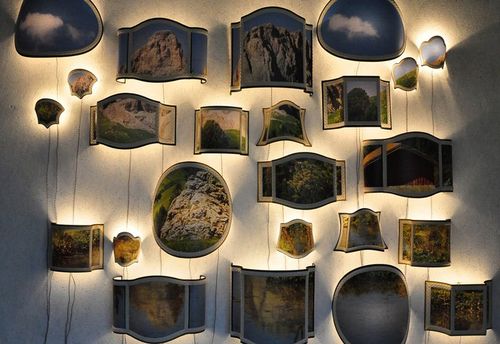 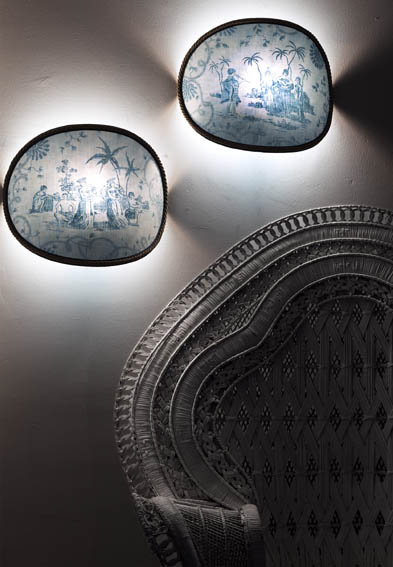 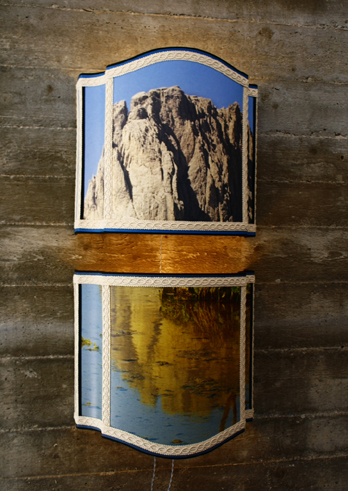