On a recent trip to the South of France I discovered an amazing place… I was already impressed by the beauty of the landscape at the Baux de Provence and the remains of the medieval city, but my visit got even more exiting when I arrived to the Cathedrale d'images. 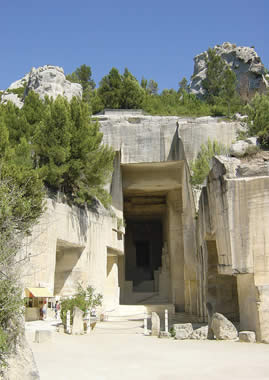 As you can read on the site  http://www.avignon-et-provence.com/provence-tourism/cathedrale-images-baux-provence/index.html, In 1975, Albert Plecy visited the Val d'Enfer's (Hell Valley) an  impressive limestone quarries in Les baux de Provence. Captivated by the area's beauty, he decided to use it to show the results of his research on the  "Image Totale". This long-standing experiment on the use and the effect takes the visitor to the very heart of a universe of images.

Over the years many people have come to see an ever-changing show and to feel the almost religious peacefulness of the cool galleries tinged by colorful frescoes.

The exhibitions change every year and since February 2009 Gianfranco Lannuzzi and Renato Gatto took the challenge to revisit picasso's work "…from Neo-Classicism to the many types of cubism, form the blue and pink periods to the explosion of colors and shapes, showing how the aspiration of the most accomplished painter of the 20th century was a return to the art of a child's drawing…" 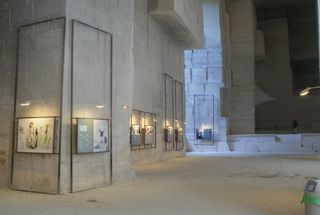 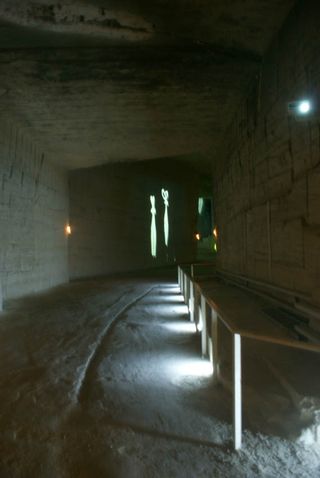 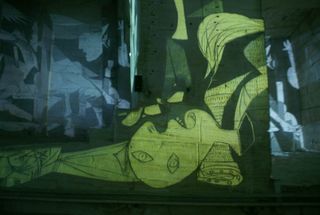 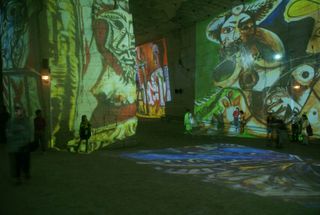 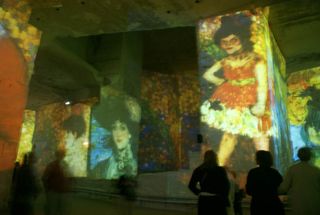 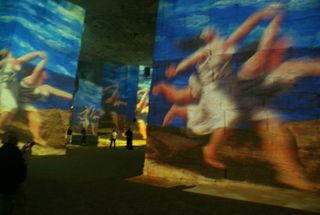 "Our ancestors took centuries to construct stone cathedrals. Our Cathedrales d'Images is built from one second to the next".
Albert PLECY

"It is not the Cathedrale d'Images that adapts itself to the picture ; it