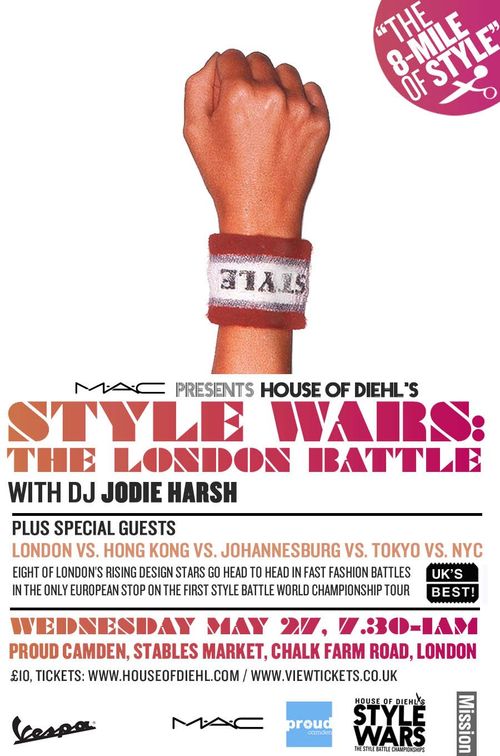 location: Proud Camden, Stables Market London, NW1
Rap battle is fused with the glamour of fashion in "The '8 mile' of style. First seen in NYC and called "Like an old-school MC Battle, with one crucial difference: they spit out rhymes where these guys spit out style" New York Times.
Later,
Diane