With a bit of a delay, here is some news about Fashion+Art. Antwerp [moment] in St Petersburg, Russia that happened last November 05, 2008.

It took a lot of energy and much stress to get the collections cleared and out of  Russian customs on time; the shipments were received just 5 hours before the shows. Many thanks  to Johane Roccas, the General Consul of Belgium in SPB and all the connections sur place.

In between the shows, we had an interesting contemporary Russian ballet-dance act; the exhibition of photographs by Yury Smekalov, which was devoted to the ballet, were presented at the event;

Fashion+Art. Antwerp [moment] was organized on the initiative of Mrs. Cathy Berx, Governor of the Province of Antwerp and Mrs. Edith Vervliet, General Manager of the Flanders Fashion Institute (www.ffi.be).

Welcome to the great St Petersburg! 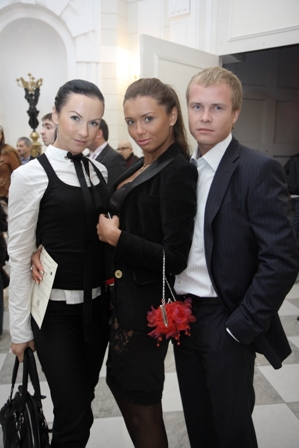 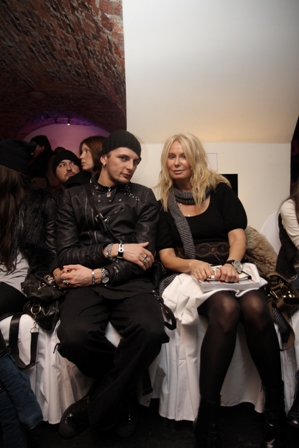 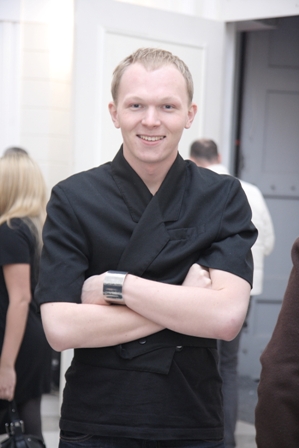 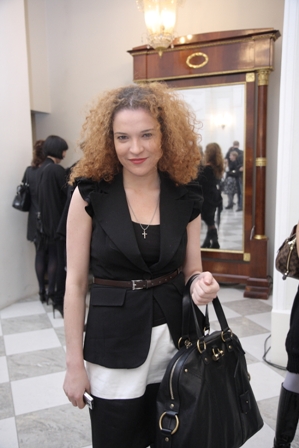 Finally a few hours before the shows, we move on; s

tolen moments of the backstage… 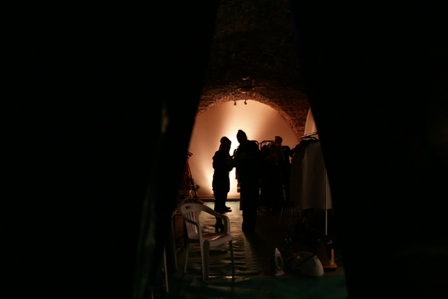 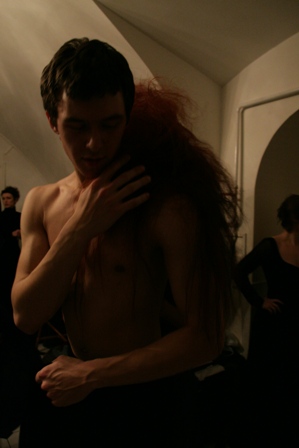 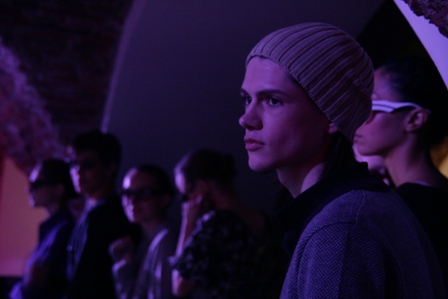 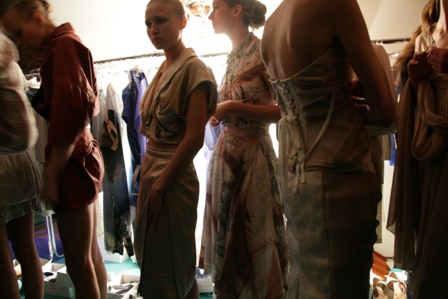 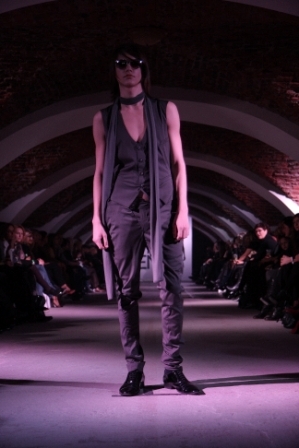 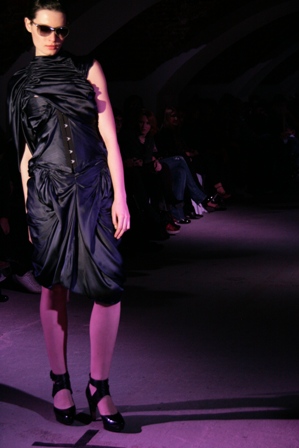 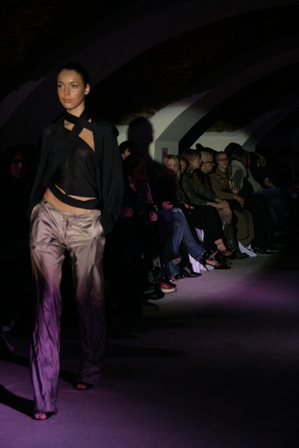 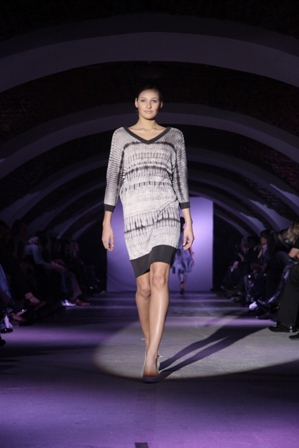 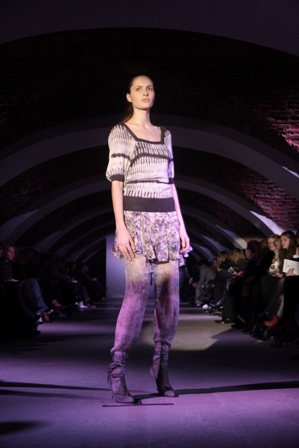 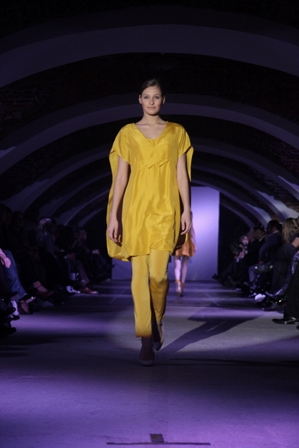 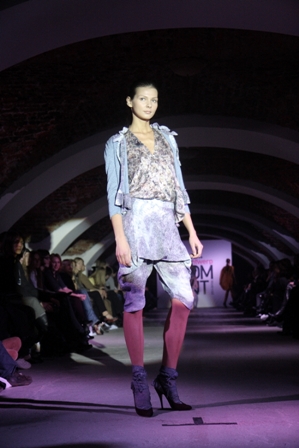 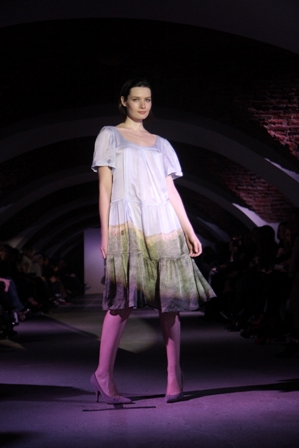 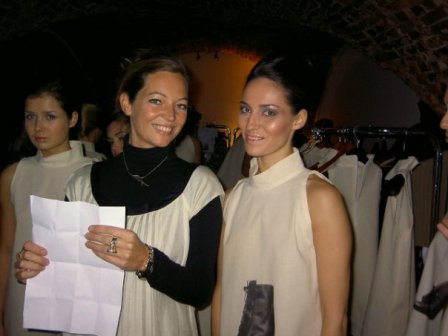 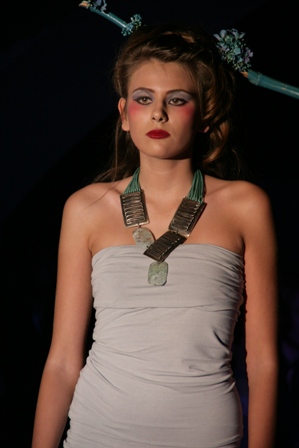 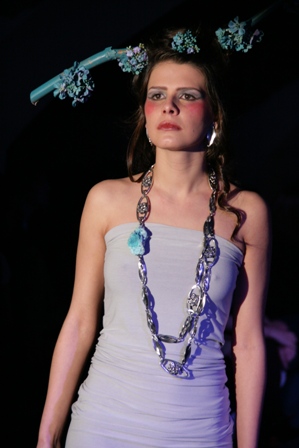 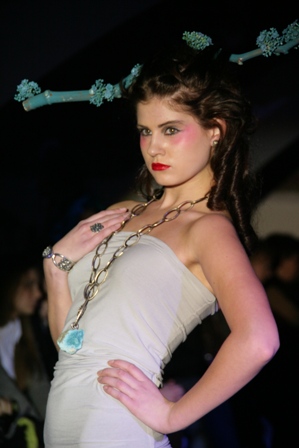 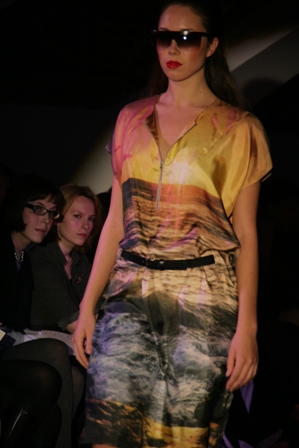 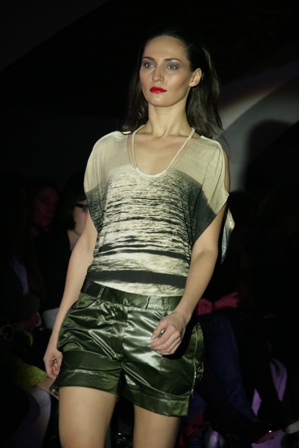 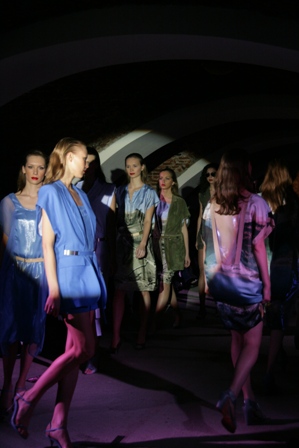 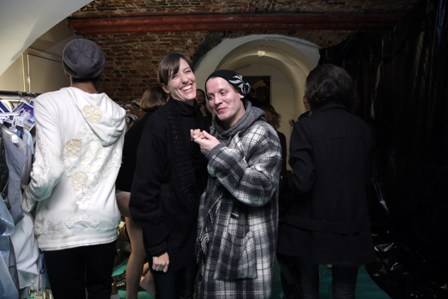 Ann Claes (from V. Branquinho) and her estranged guest (from Day&Night shop in St Petersburg) relieved after the show.

Later that night, we, the designers and part of the Belgian and Russian delegations, all moved to an asian lounge/restaurant  called Shatush for a late dinner; I must say it was at the level of the glorious and excentric St Petersburg… The ambient was finally relaxed after a hectic day in Russia… vodka helped of course.