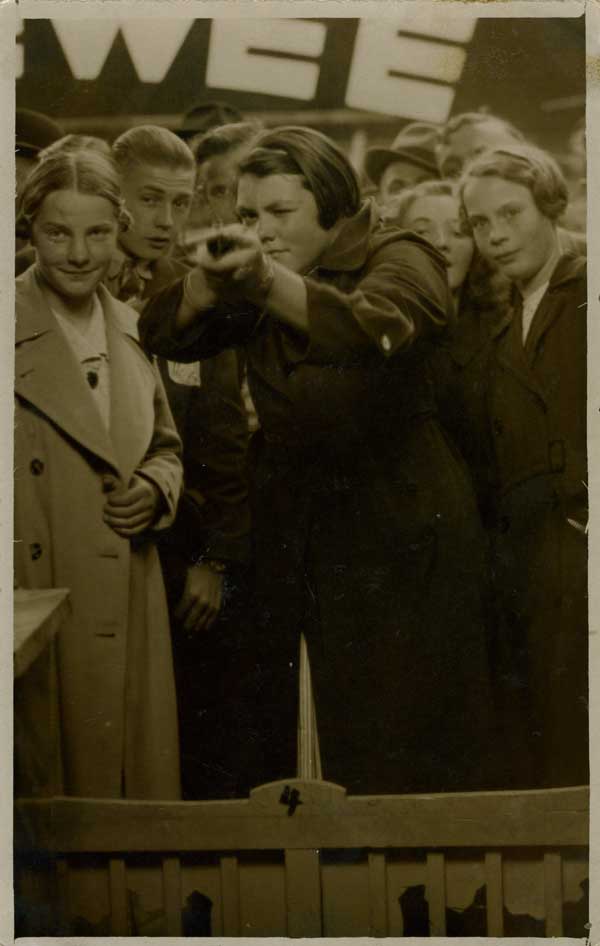 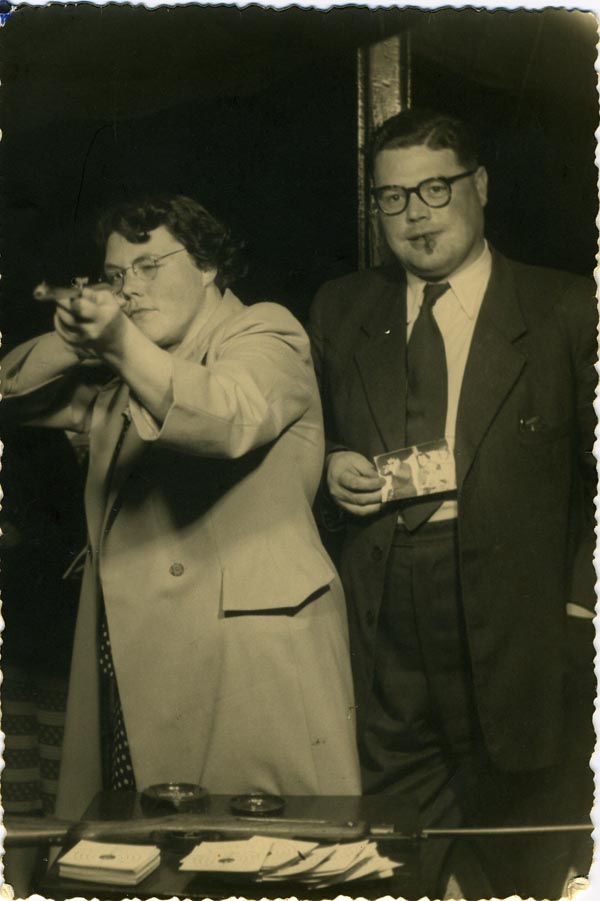 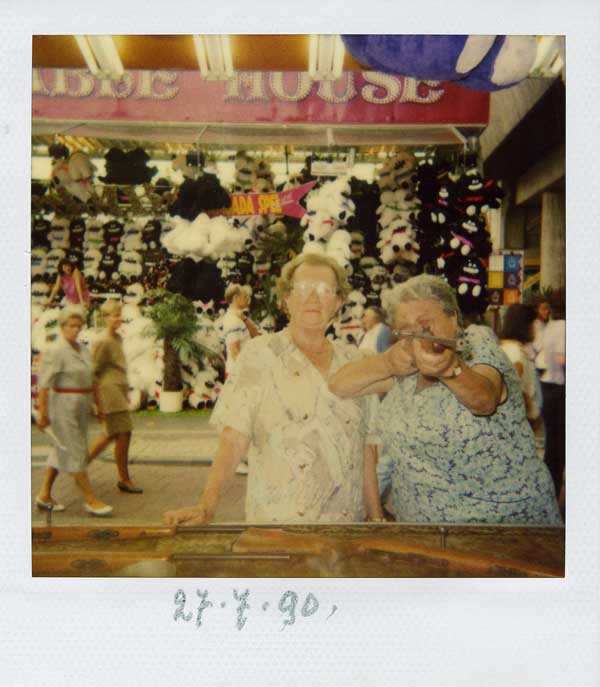 In almost every picture 7, is a book that documents the life of a woman since the time she was a 16 year old girl living in Tibury, Holland  in 1936, This is her life, every year she picks up a gun and shoots at the target in a shooting gallery. Every time she hits the target, it triggers the shutter of a camera and a portrait of the girl in firing pose is taken and given as a prize. This series documents almost every year of this woman's life with the exception of the years between 1939-1945. Ria van Dijk is 88 now  and she  still makes her pilgrimage to the Shooting Gallery.
www.kesselskramerpublishing.com or www.kkoutlet.com or at selected book shops around the world.
Later,
Diane 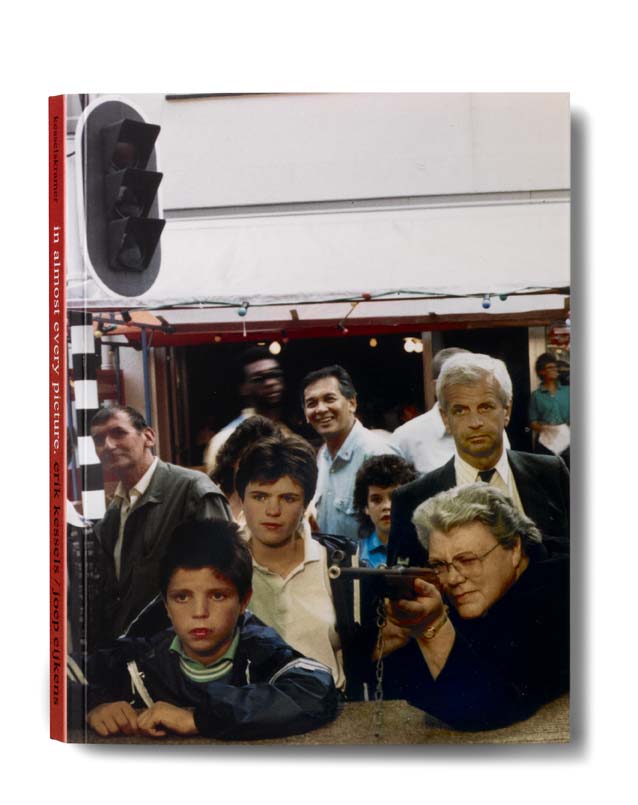