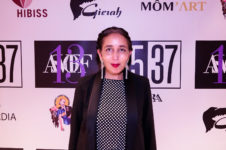 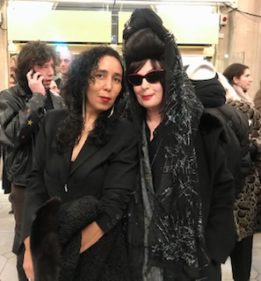 I can hardly believe that I am writing this. I just got off the phone with my dear friend Vincent Gagliostro and he told me the sad news that our dear friend and devoted ASVOFF Jury member has just left us. She was healthy, it was sudden, a back pain, rushed to the hospital and her heart stopped beating.

We met in 2018 on the preparation for the documentary that she produced on Pierre Cardin, House of Cardin. We saw each other at Jean Paul Gaultier’s Fashion Freak Show and from then on she was a jury member for documentaries and student films for the past three years.

It all feels so unreal to me and I’m deeply saddened by the news. Last November at ASVOFF 14 she moderated a conversation with the director Vincent Gagliostro after the  screening of his first feature film, After Louie at 35/37. She was in the middle of  many projects including a book, a tv show and producing the upcoming film of Vincent Gagliostro. Her heart stopped beating, way too young.