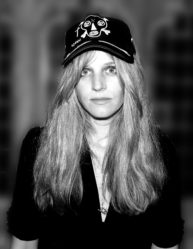 “Why are we taught to fear the witches and not those that burnt them alive?” anonoymous quote.

I had the great pleasure  first of attending a private screening of Charlotte Colbert’s first film ‘She Will’ last week and today of having our zoom chat. Lucky for me she saved the recording as I record it and then cannot find it on my computer. She Will is a hauntingly beautiful horror story presented by Dario Argento who is also the executive producer of the film and the most striking name in the history of horror films. The two met when Charlotte Colbert won a Golden Leopard for Best First Film at Locarno Film Festival, and Dario Argento was there with his first acting role at the age of 80 something. ‘She Will was also in the official selection at the BFI London Film Festival and the producer Jessica Malik was nominated for Breakthrough Producer at the British Independent Film Awards.

The psychological horror film takes place where in reality witches were actually burnt and folklore and a fairytale environment exist. One is made to ponder if the women that were burnt were really witches or women that were silenced for their defiance. The film deals with topics like revenge, the power of nature, the unconscious, misogyny, female trauma, jealousy, ageing and femininism. The lead characters are Veronica Ghent played by the South African actress Alice Krige as an ageing beauty reminiscent of  Gloria Swanson in Sunset Boulevard merged with Katherine Hepburn and Kota Eberhardt as Desi the young nurse. Veronica is in pain after a double mastectomy while also dealing with buried secrets and her dreams of revenge. Veronica and her young and trendy nurse Desi go to a remote retreat in Scotland where Alice’s character Veronica is supposed to recover from the operation and trying to avoid the not so flattering press on the the upcoming remake of a film she made when she was young that dealt with a Me Too kind of situation. I think I would not be mistaken in saying that this is the first truly feminine horror film.

Please take the time to listen to Charlotte tell you about work with the sound design and the score by Clint Mansell and the dreamy cinematography by Jamie Ramsay. Throughout the film you can not be sure if you are in a dream taking place in Veronica’s head or if things are actually happening.

The screenplay was written by Kitty Percy and Charlotte Colbert