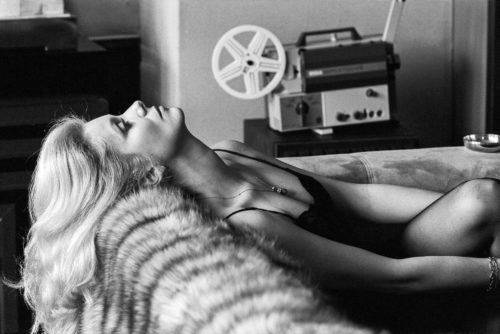 Anthony Vaccarello and SAINT LAURENT pay tribute to Catherine Deneuve in recognition of her Golden Lion for Lifetime Achievement award during the 79th Venice International Film Festival. The tribute will be Tuesday September 6th at the Teatrino di Palazzo Grassi, ‘Une Nuit avec Deneuve’ and it will be open to the public where some of the most important films of her career will be screened.

A femme fatale in Mississippi Mermaid, a high-style vampire in The Hunger, a liberated woman in Heartbeat, – the special screening features some of the actress’ most important roles, which the audience will have the opportunity to watch or watch again at the Teatrino di Palazzo Grassi, from 11 pm to dawn. ‘Une Nuit avec Deneuve’ also honors the significance Saint Laurent played in Deneuve’s trajectory, highlighting a friendship that continues to this date with Anthony Vaccarello.

“Palazzo Grassi is delighted to take part in Saint Laurent’s tribute to Catherine Deneuve. Her work has marked the evolution of French and European cinema, while with her talent and grace, she gave life to some of the most indelible characters in film history, thus becoming a role model for the generations that have followed her.” Bruno Racine, Director of Palazzo Grassi – Punta della Dogana

“We know about Yves Saint Laurent’s passion for the cinema, for actresses, and in particular for the very special friendship he had with Catherine Deneuve. For ‘Une Nuit avec Deneuve’ I wanted to recreate that rare chemistry that sometimes occurs between a gifted director, an actor’s performance, and exacting style. Our evening begins on Réunion island, where Deneuve’s character meets Jean-Paul Belmondo’s, and ends at dawn on the streets of Paris, where Deneuve – as Françoise Sagan’s Lucile – returns to the businessman played by Michel Piccoli. In each of the cinematic modes explored in this journey from the 1960s to the 1980s and back –drama, thriller, and romance– Deneuve reveals a different notion of femininity. In two of these films, the ones that open and close the night, Deneuve is dressed by Yves Saint Laurent. The acuity of the costumes is striking, as they assist Deneuve in lending a distinctive dimensionality to her characters. The clothes not only situate the portrayal in its time, but also add a sense of individual spirit, that of a self-affirming woman who insists on being free. Whether as Marion in Mississippi Mermaid or as Lucile in Heartbeat, the themes of love and liberty collide and are subverted. While these seemingly opposed values pose a perennial dilemma, Deneuve appears to most quintessentially personify an idea of freedom, both in her remarkably personal craft as well as in the discreet elegance of her physical presence.” Anthony Vaccarello, Creative Director of Saint Laurent