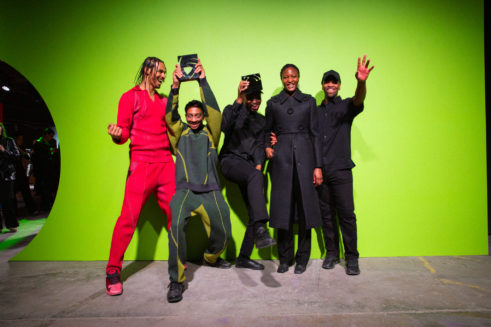 Saul Nash in green and MMUSOMAXWELL in black ©Lillie Eiger

“Everyone did a great job and could have been a winner,” said Riccardo Tisci. “But what Saul did, coming from a ballet background to replace lycra with wool was really incredible”.