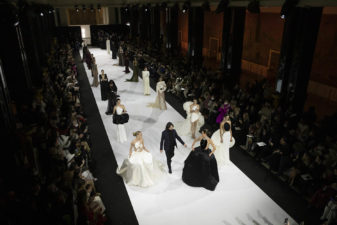 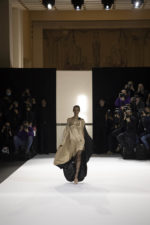 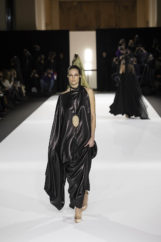 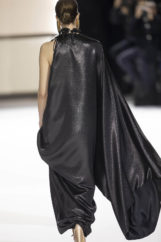 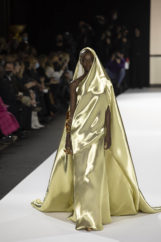 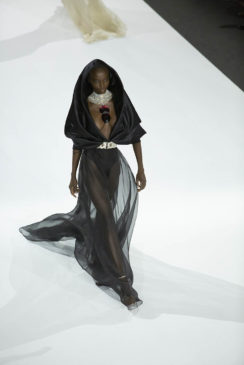 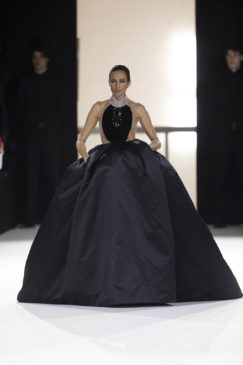 Word has it that  Stéphane Rolland is the most loved French couture designer in the Middle East and his recent collection underlined why that statement rings true. The opening proposals were a variety of fluid gowns in monochromatic colours adorned with oversize crystals and glass pebbles created by the French glassmaker Théophile Caillethat. The filmy creations were mostly made out of satin paired with chiffon. Rolland’s muse Nieves Álvarez, the Spanish model closed the show.