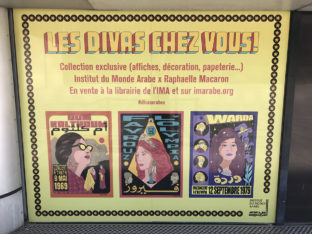 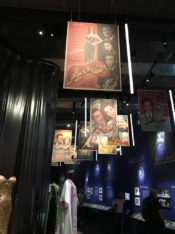 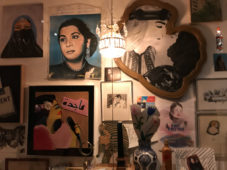 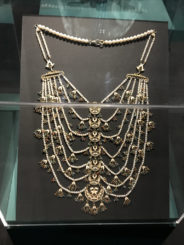 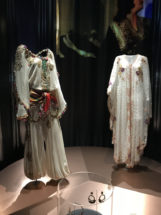 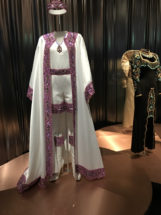 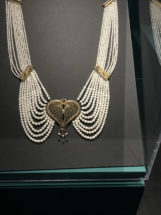 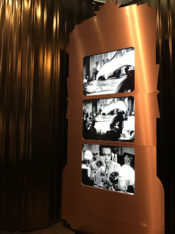 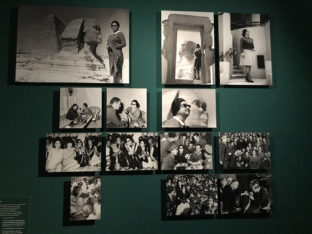 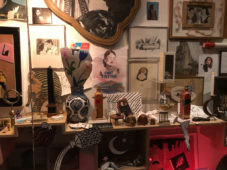 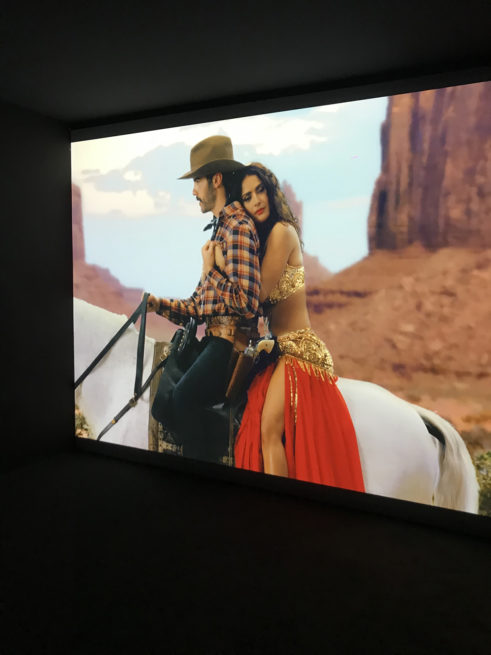 Months ago I was invited to the opening of the Divas, d’Oum Kalthoum à Dalida  exhibition at the Institut du monde arabe and I did not go because I was COVID paranoid. A friend of mine was in Paris and we decided to visit the Divas exhibition today and what a total joy it was. The installation is pure magic highlighting the epic  d’Oum Kalthoum à Dalida with astonishing portraits of the divas of the “golden age” of Arab song and cinema. The journey is abundantly nourished by period photographs, often unpublished, extracts from films or mythical concerts, glamorous film posters, magnificent stage dresses, personal objects and rare interviews.

From Oum Kalthoum to Warda al-Djazaïria, from Asmahan to Fayrouz, from Laila Mourad to Samia Gamal, via Souad Hosni and Sabah, not forgetting the very young Dalida, the exhibition is a  journey to the heart of the lives and art of these legendary singers and actresses, but also an exploration of the profound changes they have brought about.

Timeless icons, powerful women, symbols adored in post-war Arab societies, these divas with exceptional careers imposed themselves from Cairo to Beirut, from the Maghreb to Paris, embodying a period of artistic and intellectual effervescence, a new image of women, as well as the national political revival that was expressed from the beginning of the 1920s, particularly in Egypt, until the 1970s.

Through these divas, the exhibition highlights the social history of Arab women and the birth of feminism within these patriarchal societies, their participation in pan-Arabism and the independence struggles in the contexts of colonisation and decolonisation, and – above all – their central role in the various artistic fields they helped to revolutionise.

Make sure you take the time to watch the film by Youssef Nabil “I Saved My Belly Dancer”, it is just before you exit the exhibition. It was made in 2015 and I loved it the first time I saw it at his gallery and I loved it just as much when I sat through it again with Salma Hayek and Tahar Rahim. Also Looking for Oum Kulthum made in 2017 by Shirin Neshat.

There is also a short film that I had also seen at La galerie Azzedine Alaia where you can see Azzedine working in his atelier and he was always listening to Oum Kulthum.

You have time, make sure you do not miss this treasure of an exhibition.