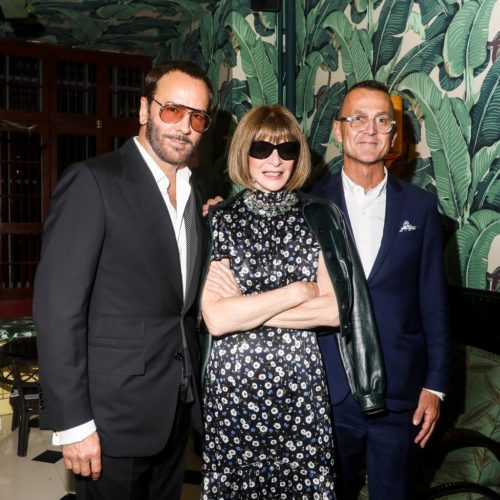 The Costume Institute unveiled its plans to stage not one but two exhibitions in the Metropolitan Museum of Art taking place in 2021 and 2022, this time celebrating American Fashion.

After the devastating effects brought by the pandemic on the American fashion scene, the ongoing political and social justice movements for people of colour and the recent elections have all brought the MET’s Curator in charge Andrew Bolton to examine the changing identity of American Fashion and ask the big question: What does it mean to be American today?

Though most industry insiders would define fashion as a reflection of the times, it is without doubt that when the conversation turns political, the industry tends to act reluctant. But according to Andrew Bolton, the ongoing political and social climate surrounding the country, pushed American designers creatively to use fashion as a medium to discuss issues concerning; race, inclusivity, sustainability, body positivity and gender fluidity.

“… I’ve been really impressed by American designers’ responses to the social and political climate, particularly around issues of body inclusivity and gender fluidity, and I’m just finding their work very, very self-reflective. I really do believe that American fashion is undergoing a Renaissance.” said Mr. Bolton.

The first exhibition “In America: A Lexicon of Fashion” will be held in the Anna Wintour Costume Center on September 18th, focusing on the emotional side of the American fashion industry with each room representing an “emotive quality” occupied by a fashion ancestor and a descendant.

The second exhibition “In America: An Anthology of Fashion” will be held in the period rooms of the American Wing on May 5th 2022 that will look at the “unfinished American stories” and examine the “history of fashion in the context of race, gender and materiality”.

Though the American Fashion is primarily defined by its codes for functionality, pragmatism and lack of story-telling, the exhibitions hope to break the misconceptions surrounding the industry and present an emotional side, “I think that in the past a lot of descriptions about American fashion focused on the fact that it’s non-narrative and it’s not about stories, and that’s diminishing the emotional side of American fashion. So part of the idea of the exhibition is to give American fashion its due, to give back its storytelling abilities.” expressed Mr. Bolton.