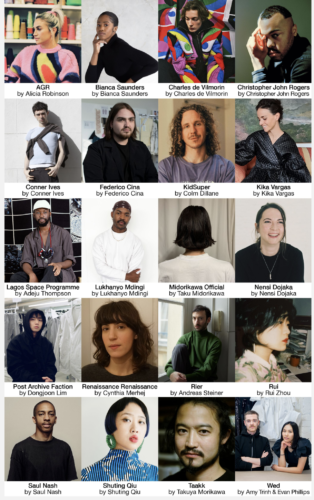 Congratulations to all of the LVMH Prize finalists all 20 of them:

Eight finalists will be announced 6-11 April.

Date of Finalists will be announced soon.