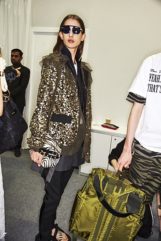 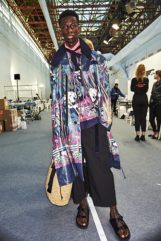 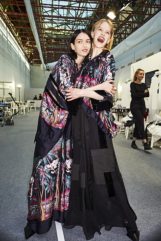 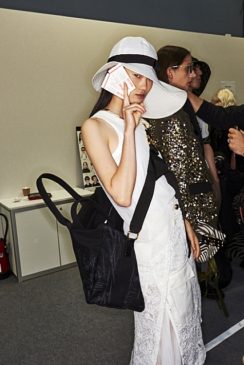 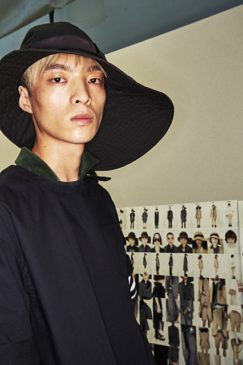 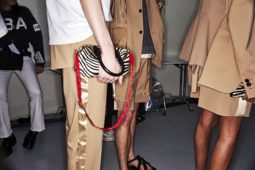 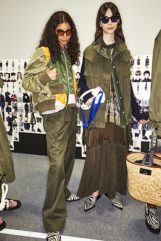 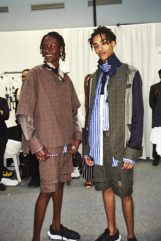 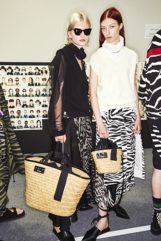 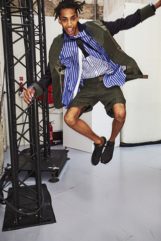 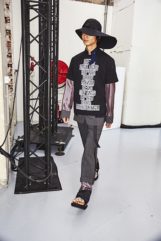 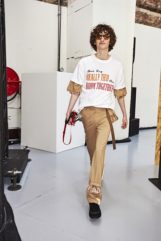 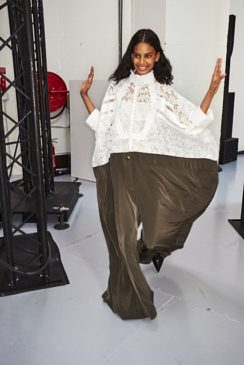 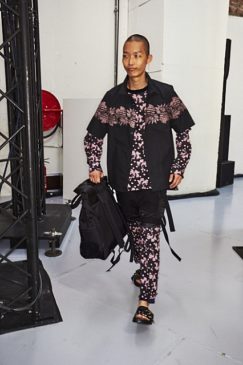 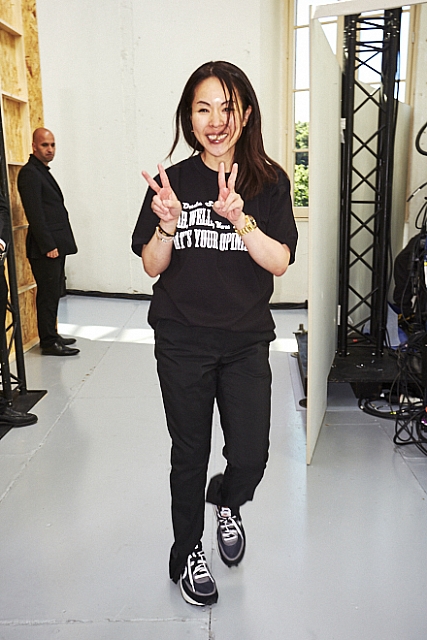 That rug really tied the room together”

Designer Chitose Abe riffs on her signature hybridisation, taking Dude from The Big Lebowski’s observation as her starting point to join two familiar forms together in a new way.

Tuxedo pieces make for a more elegant and sartorial perspective, playing with scale and de-constructing sacai-style. Two tuxedo shirts of opposing scales are ’tied together’ with a stitched on bow tie, left hanging open. Half belts ’tie together’ two coats or tailored jackets to make one new piece. An over-sized denim jacket is attached to a shrunken version of the same; a child’s size MA1 jacket is joined to an over-sized adult scaled version of the same.

Familiar forms are cut with a two-dimensional approach, void of the contouring and fabric wastage associated with traditional pattern cutting, creating a new draped silhouette when worn on the body; a new exaggerated, slouchy ease that’s reinforced by joining together clothing items to make one piece. A tuxedo shirt and pants re-imagined as a dress; pants and a shirt become one.

Taking inspiration from the utilitarian style of fishermen from a bygone era, whole hybridised looks are made from a single fabric, this time playing with the forms to create the juxtaposition. A t-shirt silhouette made of suiting fabric, with the fabrication’s original intent suggested by tailored jacket detailing at the hem, re-positioned pockets and suit lining sleeves.

Previewing the next instalment of Nike x sacai sneakers.