I would like to take this opportunity to introduce Anjum Musbally, the  Chicken Turtle’s jewelry designer. 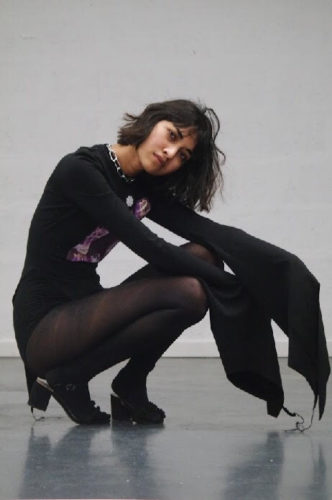 Anjum Musbally is someone you need to know about, she embodies not only creativity at its purest, but also what it means to be a beautiful person, physically and spiritually. In fact, it happened to me in her presence that somebody would stop us on the street of Paris to compliment Anjum’s sublime beauty. It is like if people could see even through her exterior, like you could sense a warm heart when you need it the most, someone who understands your feeling way before you can even articulate them.

I actually joined her in a conversation to know more about her professional and technical passions. Here are some facts about the jewelry designer: 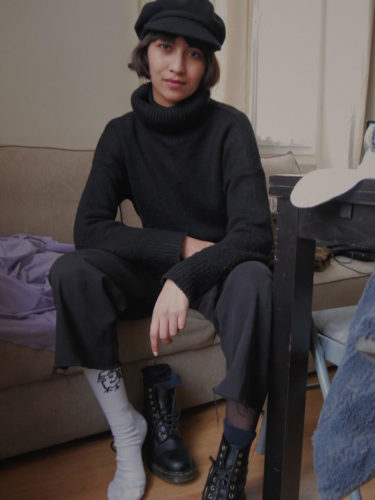 Anjum Musbally was born in the Mauritius Island, where at a very young age she started playing dress up with self-made jewelry pieces, all worn at the same time, in fact. People around would advise the young girl to do otherwise, to be more silent in the way of wearing her pieces. But the idea didn’t make sense in Anjum’s young creatively active mind. Probably, it is this early encounter with making accessories which gave her a solid hand to take materials and transform them into her own, with and artist’s eye and unhesitant stroke. Musbally moved to Paris some years ago to pursue her studies and career in fashion design, graduating in 2020 from IFA Paris’ Fashion Design and Technology. Even though she is very proficient in turning literally anything into a beautiful piece of jewelry, she dreams about leveraging her technical capabilities, like really mastering the work of the smith, for example.When I asked Musbally what she imagines in her creative future, she actually surprised me with a beautiful thought: “I don’t think we are meant to do only one thing in our lives”. The kind of thought that can rarely visit a post industrial mind, but the kind of reflection that you would always take home after a conversation with Anjum. Then, if by now you are able to build an imaginary definition of Musbally, you can put some French rap as soundtrack, as you imagine her building beautiful design pieces. Her current musical predilection to work.