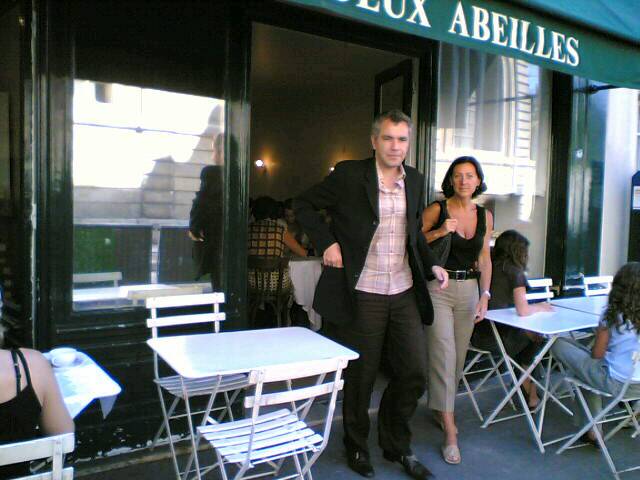 Mathias has started a new job not so far from where I live so we decided to meet up for lunch today at my favorite tea salon, les Deux Abeilles. I’ve been blocked on an article that I’m writing for NUKE and so we spoke a bit about that and life in general and about the best Parisian party in the past decade. It was about 5 years ago, the Kenzo party and I just found out that Mathias was behind the entire event. Bravo. Five years have past and no party that I’ve attended before or after has come even close to that one.