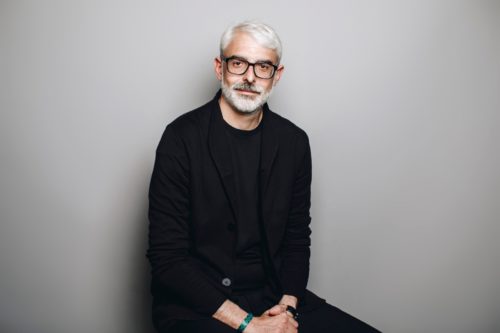 I am happy to congratulate Lupo Lanzara on what seems like an obvious choice for the new President of Academia Costume & Moda. He succeeds Fiamma Lanzara who passed away last November.

Founded in 1964 by Rosana Pistolese, ACM represents one of the excellences in the field of fashion and costume design education at international level, based in Rome in its historic campus in Via della Rondinella 2, just off the famous Piazza Navona and in Milan, in the recently-launched new campus in Via Fogazzaro 23.

Ranked n.1 in the world (ex aequo with two other international schools) with the maximum of 4 “Badges of Excellence” in the Fashion Design category (Graduate and Undergraduate) according to the report “The Best Fashion Schools in the World 2019″ published by the magazine The Business of Fashion (BoF), ACM boasts employment rates exceeding 85% on the three-year BA programmes and over 90% on the Masters, in Italy and worldwide, collaborating with over 150 companies in the Fashion (Maisons and manufacturing companies) and Entertainment systems. Moreover, in 2019, Accademia Costume & Moda was ranked in ”The Top 25 Fashion Schools in the World: 2019” report published by the magazine Fashionista.

The appointment of Lupo Lanzara by the Board of Directors was the most appropriate choice, ensuring stability and also guaranteeing a continuity to the innovative and winning path undertaken since joining ACM in 2010, first as General Manager and then as Vice President. A vision and a managerial cultural approach that he shares with his brother, Furio Francini, CEO of ACM.

Lupo Lanzara states: “I feel this appointment entrusted to me by the Board of Directors to be a privilege and an honour, and I am grateful for the trust placed in me. The ACM project was born with my grandmother Rosana Pistolese and carried on by my mother, Fiamma Lanzara, two women who managed to leave a mark in the lives of those who met them, creating an authentic educational experience. Both visionary, sensitive, as well as determined, their deep generosity of spirit enabled them to create and then guard a unique cultural heritage that I intend to protect, safeguard and continue to enhance together with my brother Furio. My focus will remain, as always, on the student, on his or her centrality and on our teaching staff and industrial partners, without whom I would not be able to provide a training and educational experience meeting the new challenges imposed by the contemporary world, while respecting the cultural heritage passed on to us and the clear identity of Accademia Costume & Moda.”

Again, congratulations Lupo Lanzara you are the obvious choice to continue what has been your passion for years.