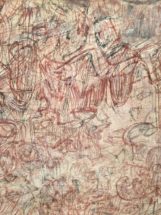 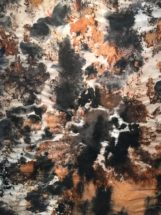 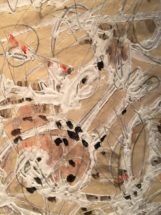 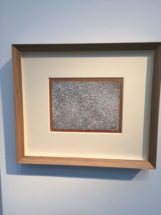 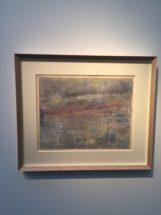 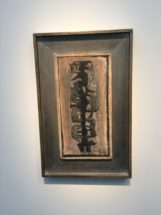 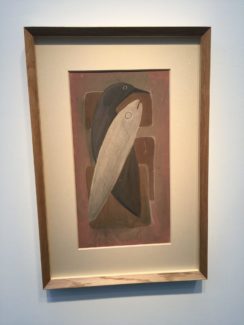 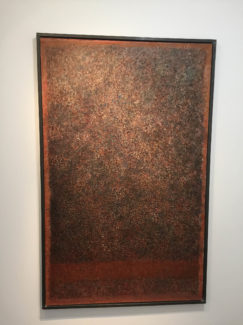 On the occasion of the 130th anniversary of the birth of Mark Tobey (1890 – 1976), the exhibition
offers a crossed look between the historical gallery of the artist in
Europe (the Galerie Jeanne Bucher Jaeger), a private French collection
(the Collection de Bueil &amp; Ract-Madoux) and a museum institution
(the mnam / cci Center Pompidou).

In addition to the tribute paid in 2010
by the gallery, under the leadership of Véronique Jaeger, to celebrate
the 120th anniversary of the artist’s birth, and the regular
presentations of her work, the gallery recently contributed, through
the loan of ‘works, at the important retrospective Mark Tobey:
Threading Light (Curator Debra Bricker Balken) from the Peggy
Guggenheim Collection in Venice and the Addison Gallery of American
Art in Andover in 2017-2018, as well as at his solo exhibition at the
Pace Gallery in New York in 2018.

This monographic, non-commercial exhibition presents some forty essential works of the artist, during
thirty years of creation, from 1940 to 1970. This is the first important
exhibition in France since the one dedicated to him in 1961  at the Museum of Decorative Arts. The exhibition
will then travel to Europe, to Lisbon in 2021, then to Venice 2022.

Tobey’s international recognition was built during his lifetime, mainly in Europe, where his
first solo exhibition took place at the Jeanne Bucher Gallery in 1955; he was exhibited at the Tate Gallery London in 1956 in the exhibition American painting with Kline, De Kooning, Motherwell, Pollock, Rothko and Clyfford Still; he was the second American, after Whistler, to obtain the Grand Prix at the Venice Biennale in 1958. His first exhibition in a French institution was at the Musée des Arts Décoratifs in Paris in 1961. His installation in Basel in the early 1960s was facilitated by the active support of Ernst Beyeler. Mark Tobey will have a retrospective at MoMA in New York in 1962, then in 1976. The discreet artist (…), nicknamed the “wise man of Seattle”, is surrounded imperceptibly and gradually by an aura of exception,
that of a founder of modernity, of a mystical artist but also of a thinker of abstraction whose works are rare, intimate, dense and deep (Cécile Debray) His works are present in many prestigious international institutions: Center Pompidou, Paris, Fondation Beyeler, Basel, Kunstmuseum, Basel, Guggenheim, New York, The Metropolitan Museum of Art, New York, The Museum of Modern Art, New-York, Addison Gallery of American Art, Andover, Massachusetts, The Art Institute of Chicago, the Whitney Museum, Tate London… The title TOBEY or not to be? refers to the English roots of Mark Tobey, through the voice of
Shakespeare, to his existential quest, to the specific questioning linked to his artistic, philosophical and spiritual approach, and
finally he underlines the importance of Tobey, nowadays, by embodying the “To be”. What is it like to be in contemporary times?