“The Signing,” by Jamaican-American artist Renee Cox. Her revisionist look at the signing of the U.S. Constitution. 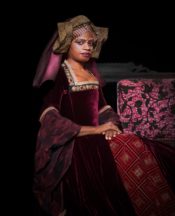 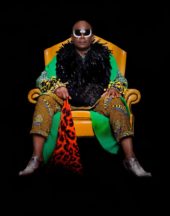 With everything going on in the world, especially in the US over the past four years, the Jamacian/American artist Renee Cox re-imagines the Signing of the U.S. Constitution placing men and women of colour in place of the Founding Fathers. 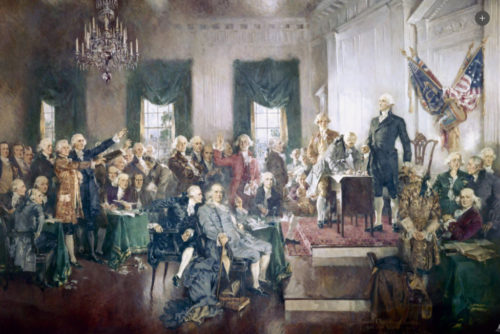 Renee Cox interprets the historical painting of Howard Chandler Christy The Signing of the Constitution of the United States. The 12-foot long photograph re-imagines women and men of color in the place of the Founding Fathers. Their fashion includes current fashion as well as 1700s period clothing and African garb.

“This work aims to unleash the potential of the ordinary and bring it into a new realm of possibilities.” says photographer Renee Cox. 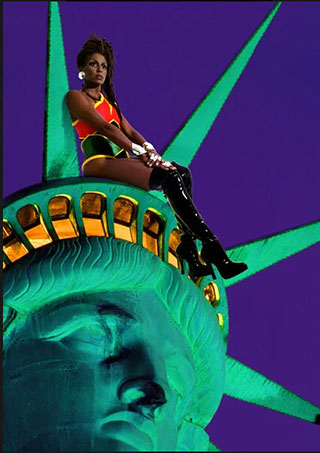 Above: in this earlier work by the artist,Renee Cox re-imagines herself as Raje, her racism-fighting super-heroine character in her artwork titled “Chillen with Liberty” (from 1998)

Renee Cox is a photographer, artist, lecturer and political activist who lives in New York and was born in Jamaica.

She is a specialist in film and digital portraiture, using light, form, digital technology and her unique vision on identities and beauty.

Boca Raton Museum of Art is the official Art Museum of the City of Boca Raton and is celebrating their 70th anniversary, the museum includes the Museum in Mizner Park and the Art School.