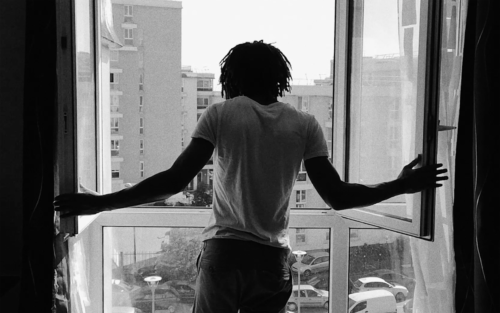 Mossi French-Malian designer, spent his adolescence in a city in Val-de-Marne and soon became the «Prince of thieves» in his native suburb. It is however during his Parisian escapades in the department stores that he discovers fashion and intends to make it his life. In 2018, MOSSI became a brand of ready-to-wear thinking in a spirit of integration and above all sharing of reasonable elegance. A fair price for a «100% made in France» fashion, his collections are produced in the suburbs and in Parisian workshops. As a social entrepreneur, he founded the Alix Ateliers in honor to Mme Grès, an establishment in his suburbs in which he hosted a class of disadvantaged public from all walks of life, in order to train them in the crafts of the Haute Couture to preserve this know-how.

The MOSSI brand is nourished by artistic collaborations and artisanal know-how. Like any entrepreneur, Mossi has a purpose, that of giving women the opportunity to dress chic. His silhouettes evoke the rigour and aesthetics of sewing.

“Art is a tree with many branches, I chose the branch of fashion while playing with others.”

MOSSI is an ethical ready-to-wear brand designed in a spirit of integration and sharing.

The MOSSI collections are produced in Parisian suburbs ateliers as part of a social project of professional integration dear to the founder.

“100% made in France”, The MOSSI silhouettes evoke rigor and the aesthetics of sewing.

Each creation is the result of a long reflection on texture and volume.

Like an architect, Mossi plays with the space given to him.

The MOSSI brand is nourished by artistic collaborations, artisanal know-how, Fashion and World.

Cross-cultural, Mossi is inspired by Indian culture as well as Japanese textile artisans.

Its pieces celebrate the hand work where intertwine pleating, drape and other savoir-faire.

For him, fashion is inextricably linked to art. It thrives on exchanges with other creative worlds, collaborating with artists from all horizons : calligraphers, photographers, sculptors, musicians.

Each season, the creator articulates the history of his collection around an artistic partnership.