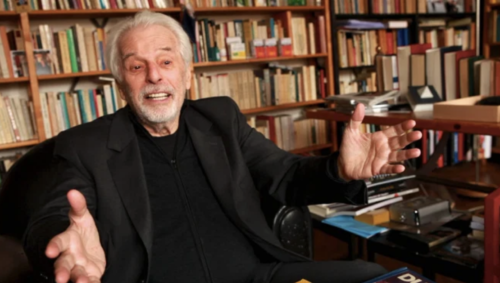 Jodorowsky is not optimistic for a masterpiece after multiple failed attempts including his own.

Any director trying to adapt Frank Herbert’s “Dune” has a holy mountain to climb. Alejandro Jodrowsky and David Lynch were revered auteurs when they took it on, and both came up short. Now, it’s Denis Villeneuve’s turn, with the Warner Bros. sci-fi epic opening December 18. As the world awaits first footage, much about Villeneuve’s version remains shrouded in secrecy.

Nobody felt the pain of adapting “Dune” more than Jodorowsky, whose infamous production attempt In the 1970s is detailed in the 2013 documentary “Jodorowsky’s Dune.” In a recent interview with IndieWire, the 90-year-old filmmaker said that despite the pain of that lost project, he still plans to see Villeneuve’s version — but remains unconvinced that anyone can pull it off well.

“‘Dune’ is a book that’s like Proust. It’s science fiction but it’s very, very literary,” Jodorowsky said. “It’s very difficult to find images to put in the film because pictures are optical. When I had the idea to do that, it was in an ecological [crisis]. I was feeling what all the people feel today. We’re in an ecological problem, because the Earth is changing, and your crazy President doesn’t believe that. That is ‘Dune’ in the beginning.”

Alejandro Jodorowsky Will See Denis Villeneuve’s ‘Dune,’ but Says ‘It’s Impossible’ to Do It Right