Aleksandar Protic is, without a doubt, the architect of Lisbon Fashion Week, crafting his garments carefully while playing with lines and volumes to find innovative effects. This season, he toyed with the idea of deconstructing the silhouette and focused his research on sleeves and the shoulder, as well as beautiful draping. The clothes looked fluid and effortless, underlining a softer hand and gentle approach. Working predominantly with black, Protic took wardrobe staples and gave them a new twist, adding drama and detailing to familiar pieces. A plain bomber jacket featured elongated ruched sleeves, while a fitted blouse had sleeves whose intricate construction was reminiscent of the Japanese kimono. The designer is famous for taking the little black dress and putting his unique stamp on it, and there were plenty of options for his clients this time, from sleeveless and asymmetrical ones to belted or loose styles. While the sensuality of those dresses was obvious, Protic stuck to unfussy accessories and simple styling, which gave his models confidence. A dark blue velvet dress added a bit of goth romance to an otherwise elegant and somewhat restrained collection. 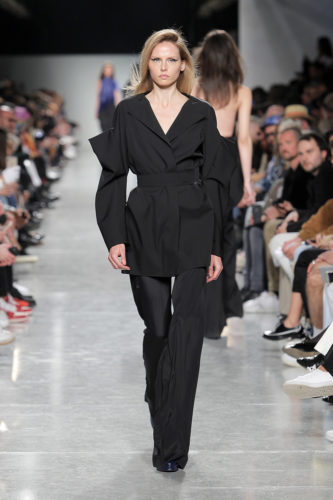 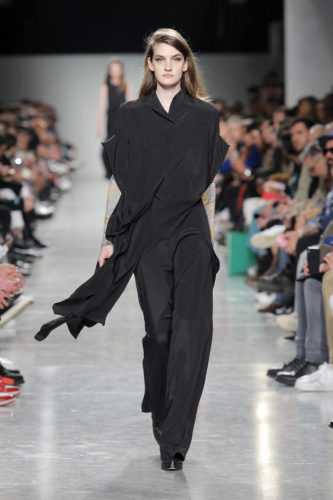 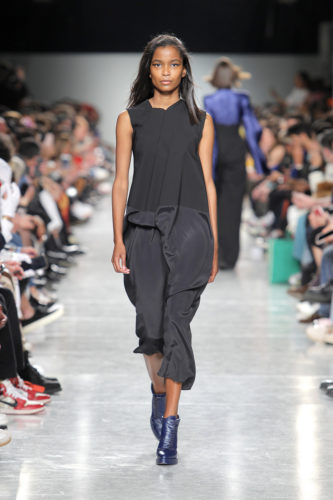 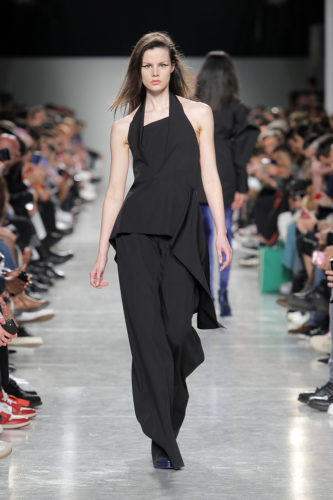 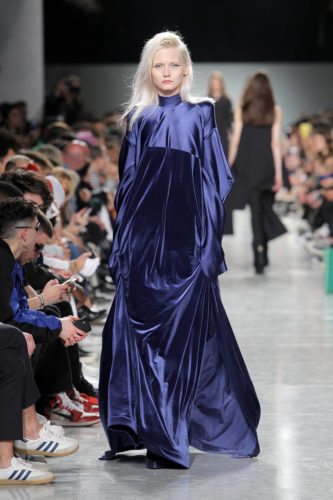 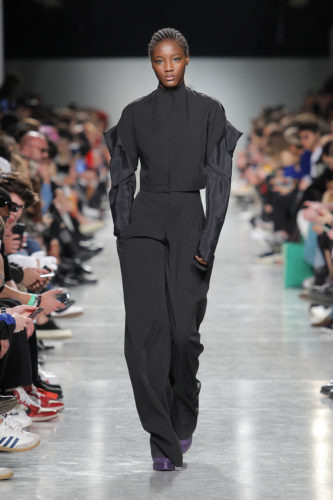 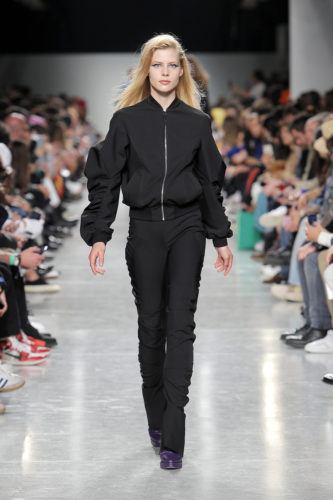