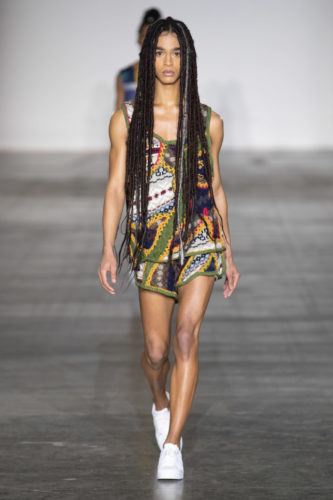 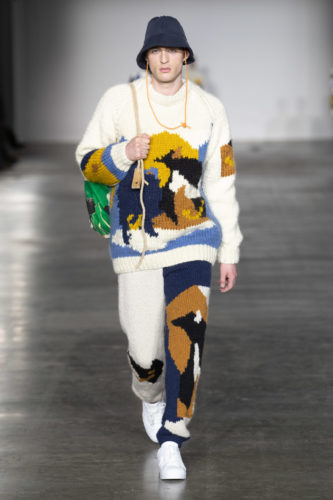 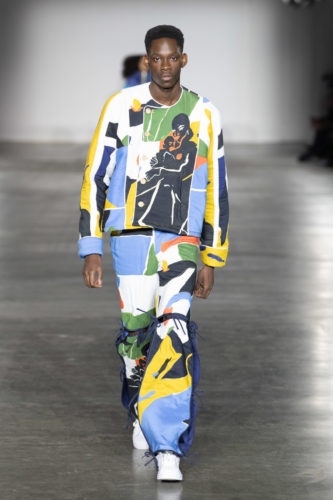 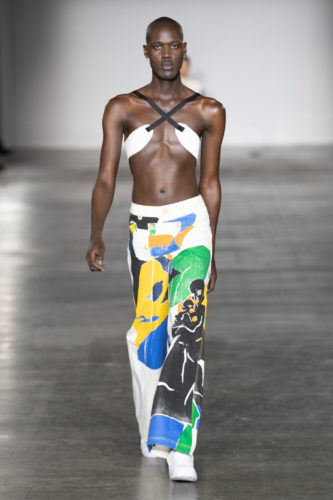 Here’s something for the annals, if we are still bothering to take stock: in the second decade of the 20th century, that was when politics came to fashion. Of course, fashion has always been political in its way. But traditionally, at least when it came to luxury labels, its messages were intentionally kept subliminal – in the 2010s however, the industry’s best young designers have forgone the tentativeness of their predecessors, as well as much of their world views, and transformed what was once a crowd-pleaser into a creative field that took to take a stance. This hasn’t always been a good thing: the commodification of radical slogans on expensive seasonal pieces has at times rightfully enraged those it was supposed to support. But it would be unfair to distrust the industry as a whole, that has at last realised the great responsibilities that come with great reach. For better or worse, fashion has turned into a platform for more than simply sartorial expertise. And what it says may become in the seasons of the future, if it isn’t quite yet already, as important as what the outfit that says it looks like. What Bethany Williams’ fall 2020 collection said, it did well before the clothing even came in, in the voice of Eno Mfon whose poem on motherhood, migration and displacement was left to set the scene. “She wonders if they would use all the forms she’s filled to fly a thousand paper planes so her children can become permanent passengers in the sky” it went on. Motherhood might be an unusual theme for menswear to tackle, yet the collection did so delicately enough not to come across as jarring, nor deliberately provocative. It mostly gave way to an overall softness, harnesses for tops recalling those made for holding a child, and the beautiful illustrations of Melissa Kitty Jarram as prints. Williams, who won last month the best ‘British Emerging Talent – Menswear’ award at the Fashion Awards, has collaborated for this season with the Magpie Project. They’re a charity dedicated to the support of homeless mothers and children, and those who have been forced to live in temporary and unfit accommodations, unable to work or move because they have no access to public funds, due to their immigration status. Crafted with quilts and recycled bedding, Williams’ fall 2020 collection is themed around ideas of comfort and shelter, and her show notes invite us to knit and donate socks – one of the most un-donated clothing items – to the homeless. The show aimed to give a voice, as best it could, to ‘a community that is marginalised and silenced’. Once we realise that fashion can speak, rather than do so as we too often do on the behalf of others, it would be wonderful to see more designers follow in Bethany Williams’ wake, and pass the mic on to those who truly have something pressing to say. 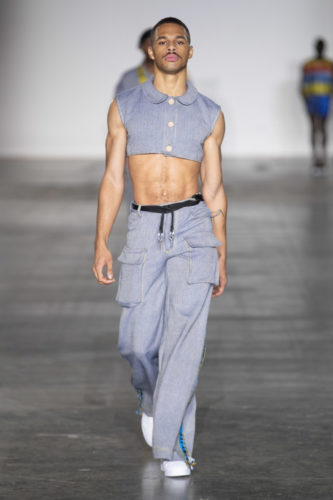 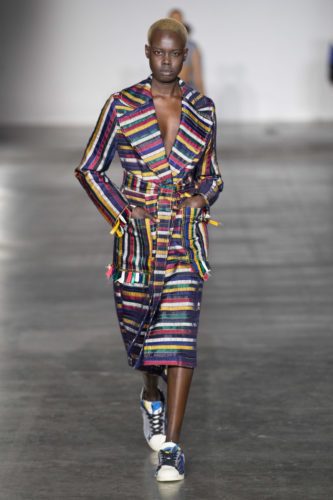 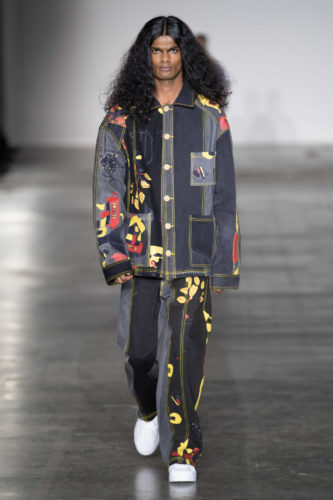 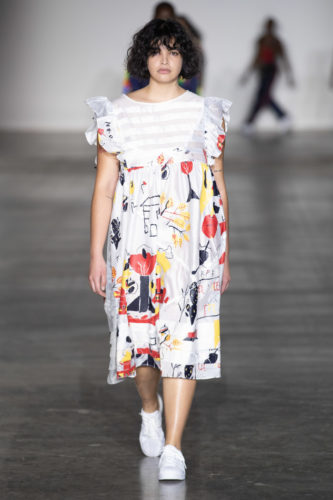 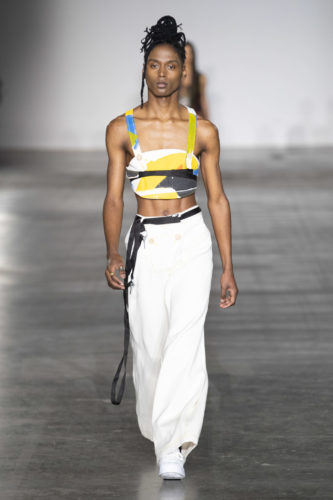 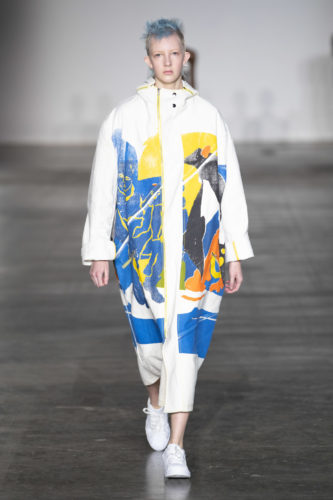 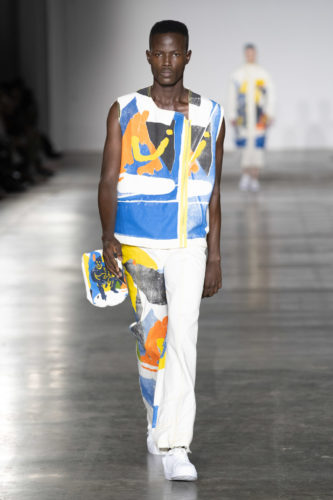 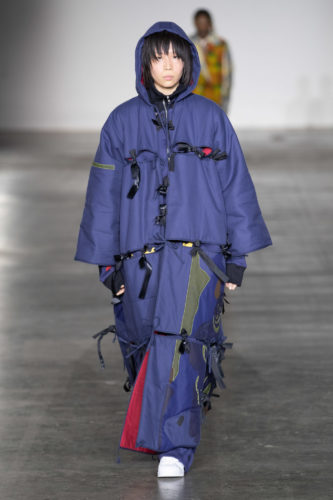