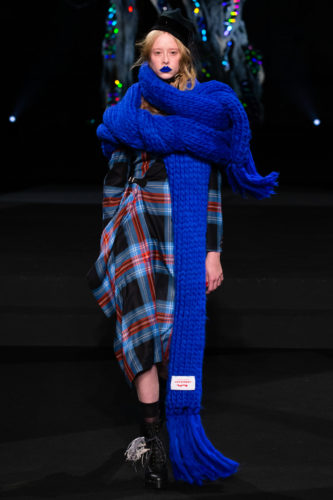 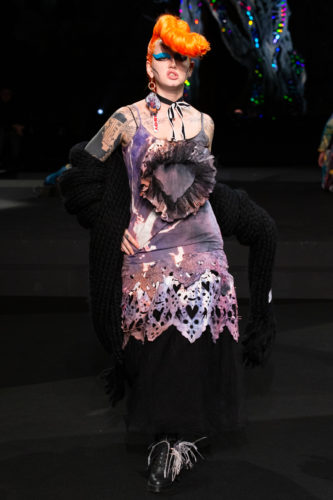 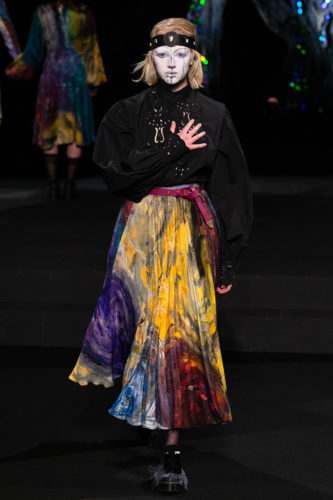 A carved-up tree trunk piece, large as a hut, stood on a platform at the end of Charles Jeffrey’s Loverboy fall 2020 runway show, countless CDs glued to its bark and a disco ball suspended above it like a Christmas star. It made for a mirror image, lustrous and sumptuous but just as sombre as those pine trees’ skeletons abandoned on the pavement, just outside the Battersea Arts Centre, which we’d walked past on our way in. The models, who were making rounds through the theatre’s hall paused in front of the big dead tree as if distracted, worshipful – as if stopping for a bow in front of an altar of the past: those CDs, that nature. Four nights into a new decade, what the future holds is as much on our minds as all that we’ve left behind, all that we’ve left to rot. Titled Hell Mend You, Charles Jeffrey’s show last night was, so said the notes, a ‘dance to the death’. For all its indubitable sex appeal, to which the audience’s gasps can account for, the collection was, truly, but a well-dressed tragedy – if by well-dressed we understand not what passes for pretty or chic, but the sculptural excess of jaw-dropping costumes, of cages under skirts and tartan worn as armour, of spiral-ruffled sleeves and tailoring that hails the return of the waist in menswear. If any imagination at all was needed, what Jeffrey conjured was a ‘barren, undone world’, whose face-painted dwellers had split into two tribes facing one another for a final dance off, with survival as price and prize. Something of Jarman’s Jubilee informs this narrative, with a musical theatre twist. Both tribes – the ‘danders’, a physical, muscular variation of dandies with gravity-defying quiffs; and the ‘glaedyhoots’, watercolour-flush, their flowing dresses and exposed skins all painted with ‘naturalistic reminiscences from a world in which only traces of nature remain’ – draw inspiration from the Festival of the Horse in the Scottish Orkney Islands, for an overall atmosphere yet more folkloric than usual, and a nod to Jeffrey’s own much perused Scottish heritage. The brand’s ‘Manifesto for Conscious Practice’ besides, printed on the reverse of the press release, stressed how there was more to this show than the desire of raising awareness, by now a byline when little else is done, about the danger of a climate catastrophe in the near future. Steering away from greenwashing, it still listed the collection’s organic cottons, sustainably sourced viscose, second hand and up-cycled metal trimmings as evidence of their dedication to the cause – and Loverboy’s commitment to uncomplicated supply chains, and their support of artisanal craftspeople. Despite it all, therefore, an undeterred willingness to salvage and improve. As we left the venue, in the entryway we had walked through on our way in, a giant acorn had appeared: sitting on a mound of soil, it sprouted a single tendril of green leaves. 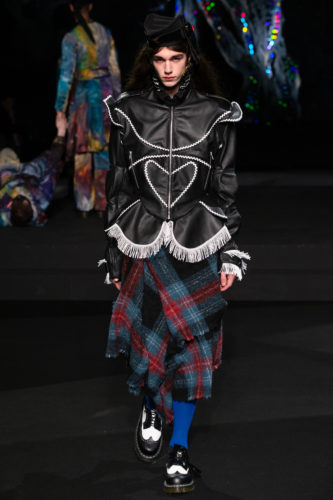 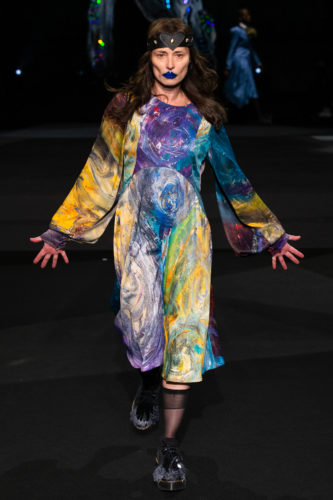 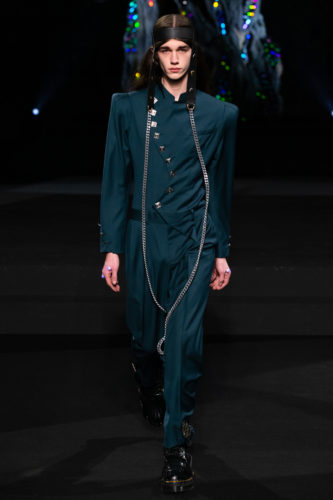 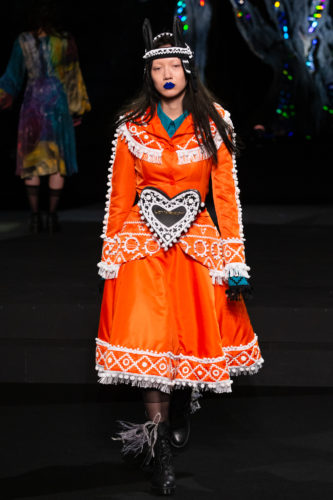 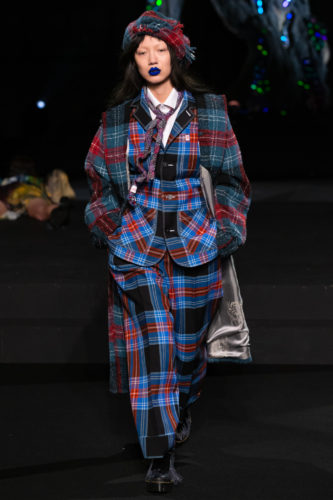 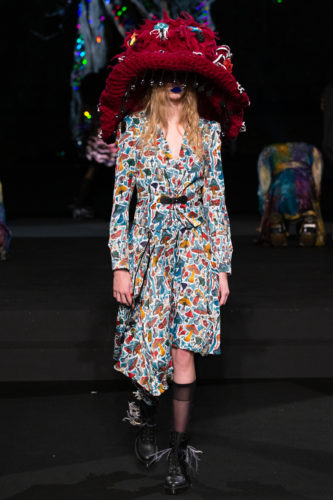 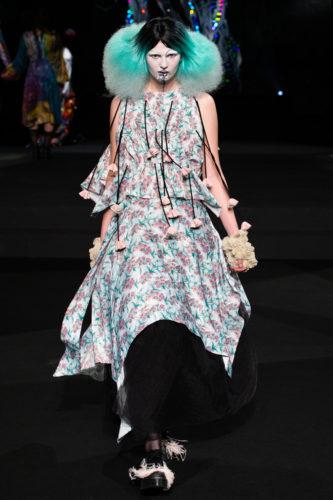 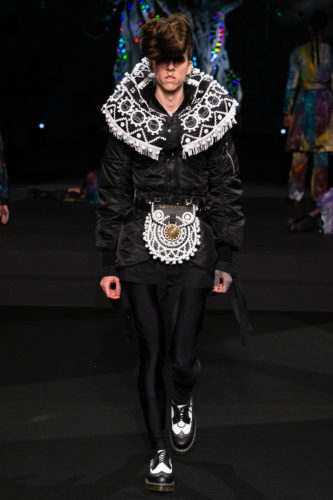