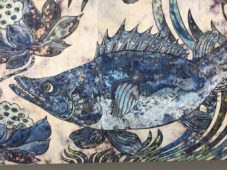 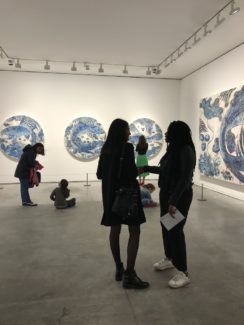 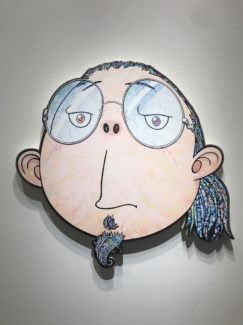 This is the 14th solo exhibition by the artist at Perrotin since he first met Emmanuel Perrotin in 1993. This exhibition presents about thirty works in Perrotin’s Salle de Bal at 60 rue de Turenne. Normally this is a showroom that is closed to the public. The large space is dedicated to Mr. DOB, the iconic character created by the artist in 1993. Six new portraits of Mr. DOB have been created in shaped canvas formed around the character’s contours. In the middle of the room the same character is a 5-foot sculpture. Mr DOB was inspired by the expression of dobjite, meaning “why” in Japanese slang. Two humorous self-portraits were rendered in shaped canvas.