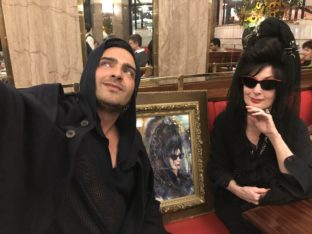 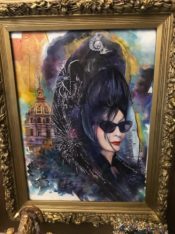 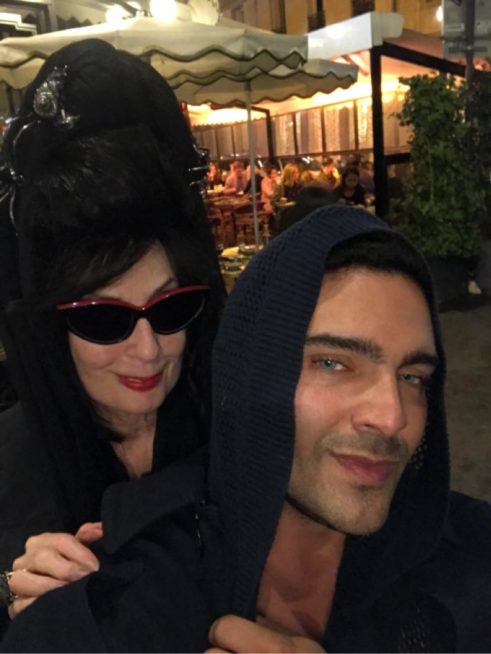 The artist and eyewear designer San Sigüenza spent the last few months in France. We got together the day after my birthday and the day before he left for New York. Over tea at Cafe Flore San presented me with a beautiful portrait that he started over a year ago. He also told me about his new project of opening a shop in Westchester, New York. Click on the interview above.

The second video is from a year ago when I was in New York for the BOF Gala staying at my favourite home away from home, the SoHo Grand.