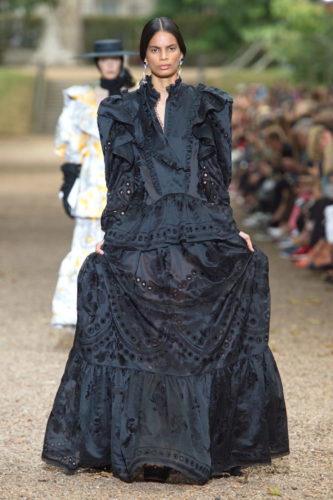 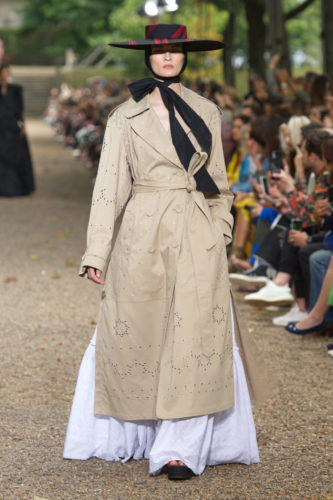 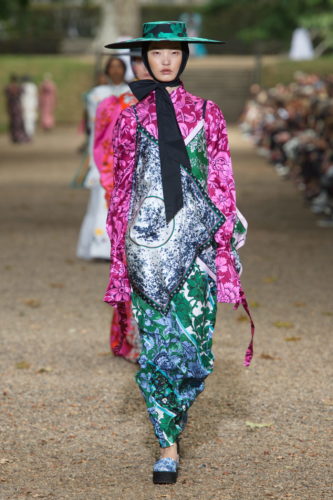 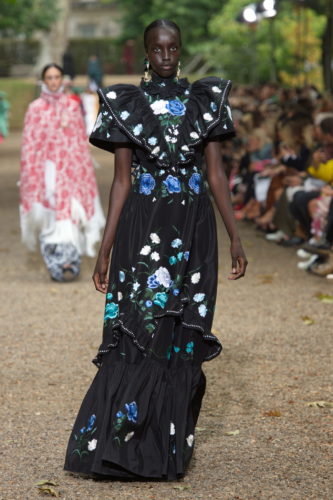 Every Erdem show is for its guests something of a history lesson, and on the sort of history that history books too often leave behind. Last season it was the tale of Italian princess Orietta Doria Pamphilj-Landi, who when her father opposed Mussolini was forced to flee to Britain with jewels sewn into her dresses and wearing as kilts the old paintings torn off the walls of the family’s palace. This season it was that of Tina Modotti – another Italian, who from the country’s countryside went on to become a silent film star, then an avant-garde and documentary photographer of peasants and workers in Mexico City, and finally a member of the Mexican Communist Party and an international revolutionary political activist. All this before she died, aged only 45, in suspicious circumstances in the back of a taxi after a dinner with Pablo Neruda. A larger than life woman inspires larger than life dresses. The metamorphoses of his muses besides, are Erdem Moralioglu’s bread and butter – season after season, he works into his collections a narrative rather than just a pretty picture. It’s why his work appeals to so many, how his dresses are versatile whilst being at once the opposite of basic. This season all the more they were huge – large swaths of fabric, wrapped around the body as fringed capes, tiered skirts and scarves, whereas bejewelled opera gloves hinted at Modotti’s time in Hollywood in the 1920s. Victorian proportions situate her in history – she was born at the end of the 19th century – further proof of how progressive as a woman she was. There’s nothing ever overtly subversive or partisan about Moralioglu’s work: his flowered gowns are crowd-pleasers that will always be well-received at polite society’s gatherings across the world. But what the detailed booklets of pictures and texts he leaves on our seats want us to keep in mind, is that a feisty, radical personality can be at home in voluptuously elegant clothing. That that is, perhaps, the only style that truly suits it. 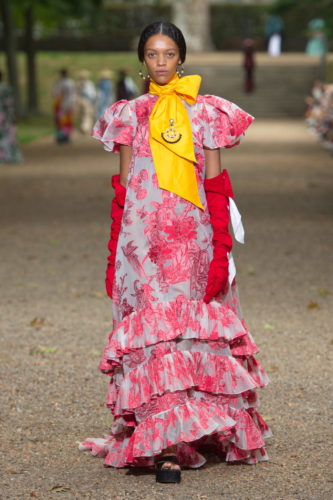 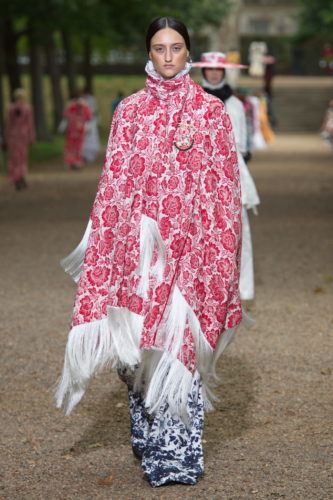 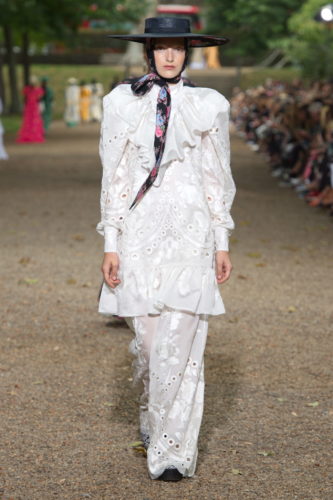 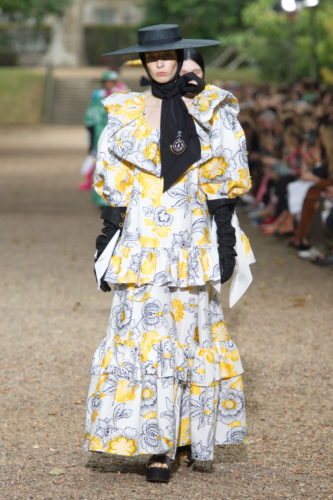 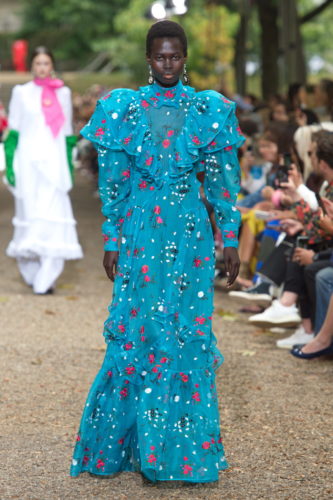 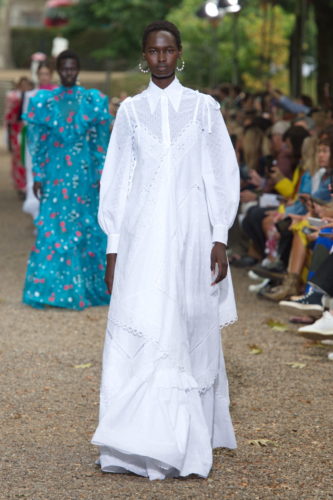 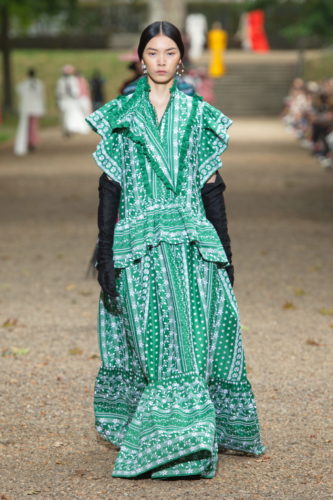 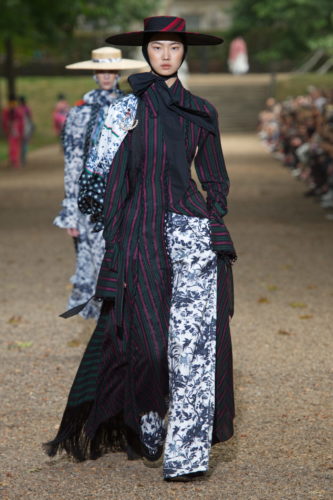