‘Subversive’ is a word that nicely describes some of the bolder and most daring collections seen during the last edition of Paris menswear. The permissiveness of the 1970s -coupled with a devil-may-care, ‘less is more’ attitude- meant that many collections were sexually charged and confrontational, too, forcing us to reconsider our own boundaries when it comes to summer dressing. It only took newcomer Ludovic de Saint Sernin a few seasons to turn into the most hyped-up name on the calendar, and his clothes did not disappoint. Airy, refined, erotic -and barely there at times- the French designer’s hand focused on fluid pieces and minimal shapes, which he twisted with nods to womenswear details and finishes. There was something ethereal and beautiful about his casting as well, and his emphasis on lean, healthy bodies felt like a life-affirming wink to neoclassicism. Also willing to subvert traditional menswear codes, Josef Lazo and Andreas Schmidl were referencing Americana during the Me Decade, from lurex knits and track jackets to tiny shorts and Varsity cardigans. LAZOSCHMIDL surely owes some of its bravery to American designer Thom Browne who opened his show with a dance performance by James Whiteside, short pleated skirts and suits composed of shrunken jackets, codpieces and mini shorts. Browne’s vision of menswear has always been cheeky and on the extreme side, but it’s amusing to see how some of his provocations have turned mainstream. He wasn’t the only one to think about flesh this season: both Dries Van Noten and Ann Demeulemeester showed collections that were inspired by the visceral and raw writing of Jean Genet, mixing the fantasy of naughty sailors with kinky mesh and high leather boots. One couldn’t help but think of Fassbinder’s movies -a highlight of the 70s- and his unique sense of style. Tapping into that decade’s vibe, Hedi Slimane’s show for Celine was more notable for its absence of flesh than its display of it. We know the French designer likes his men on the slim side, taking us back to a fetishized idea of adolescent grace. Still, there was nothing innocent about his lean and mean boys who wore plenty of leather, pimp white boots and Boogie Nights bombers. A double-breasted pinstripe jacket, nonchalantly styled with an open shirt and tight flared jeans, evoked the memory and relaxed elegance of French singer and composer Serge Gainsbourg. Famous for his use of provocation, he was nevertheless a gifted and sensitive artist, completely at ease with his feminine side. 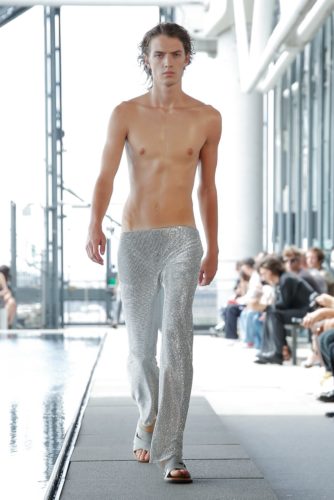 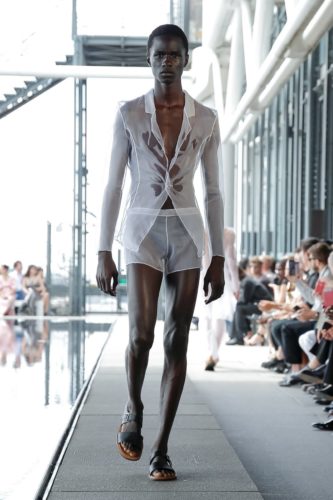 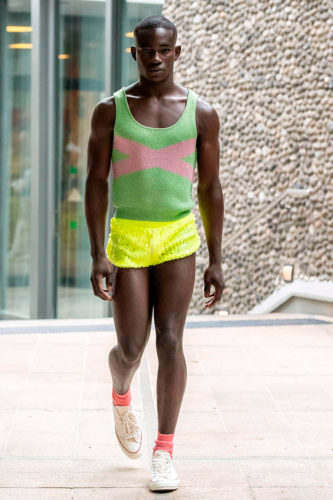 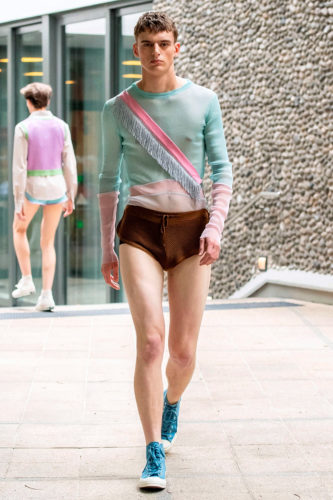 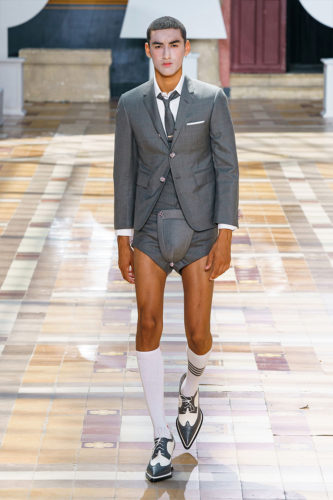 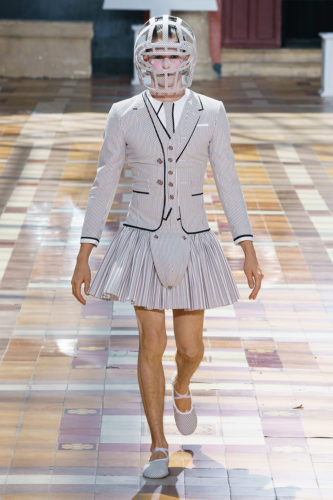 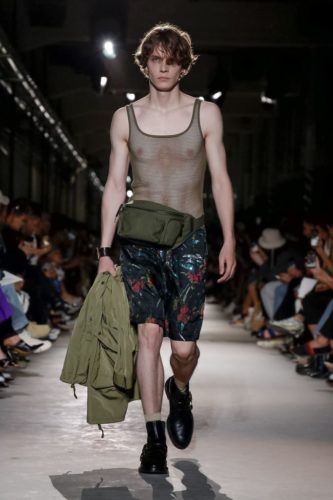 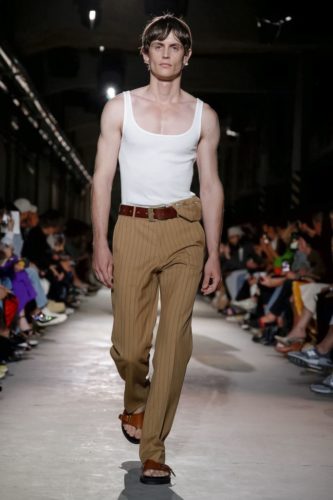 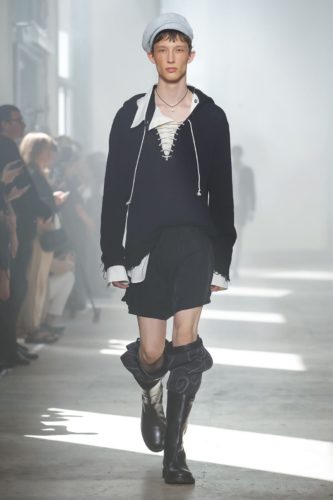 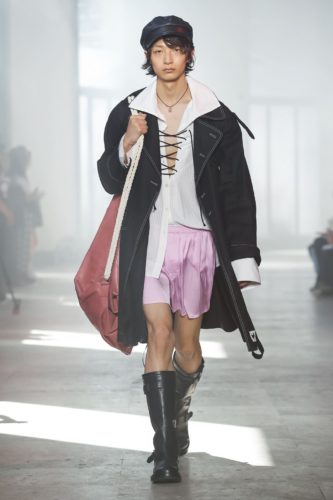 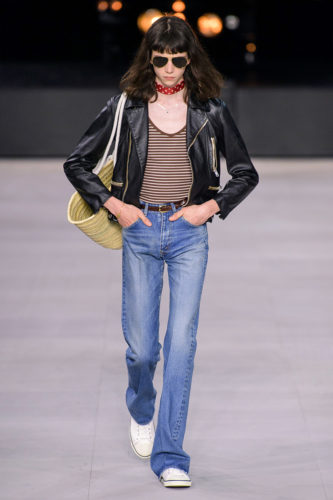 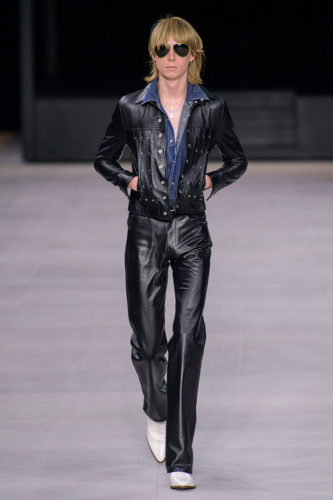