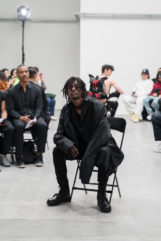 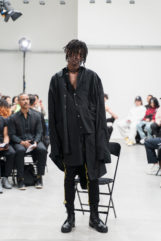 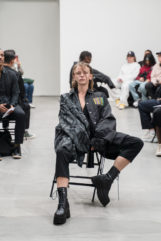 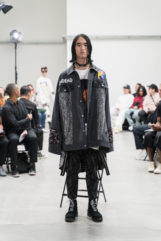 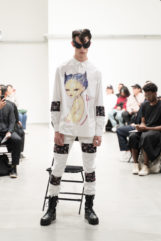 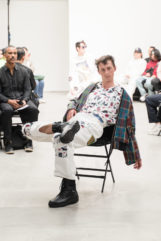 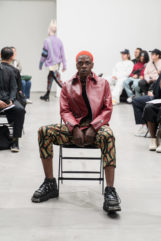 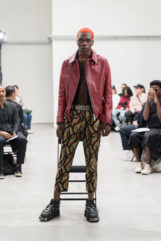 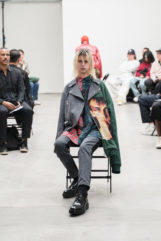 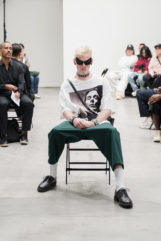 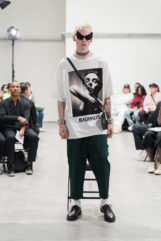 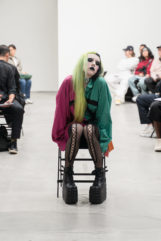 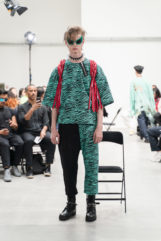 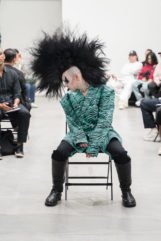 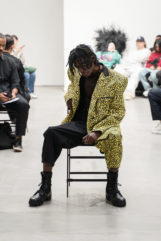 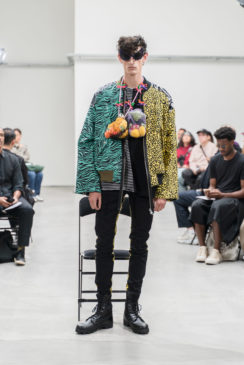 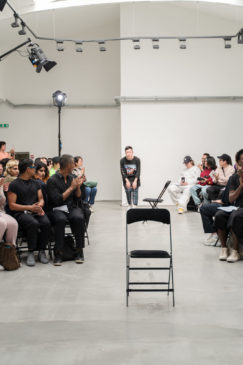 The brand was launched 2015 and yesterday …the first catwalk in Paris inspired by the vocalist Peter Murphy of BAUHAUS.

Rare photos Peter Murphy, taken by iconic photographer Sheila Rock during 1978-83, are used throughout the collection.

The KIDILL SS20 presentation took place in the heart of the Marais district, in a space of a virginal white clashing with the punk silhouettes. Deconstructed garments, double-paneled optical illusion shirts merged with overlays of tartan and other plaid patterns. The straight black trousers are distressed in order to reveal a print, drawn by illustrator Eri Wakiyama, representing a mix of bats and roses as if it was scribbled. Iconic pieces of punk wardrobe, patched and oversized jackets, studded collars, and stretched out sweaters are proposed in purple, yellow, acid and emerald green. Zebra and leopard patterns complete the scene. The name of the BAUHAUS group is written in silkscreened capital letters on the back of the models.

Accessories like backpacks repeat the design of the bats and roses are covered with safety pins along with small hand-made dolls wrapped in tulle become collars embellishing the yellow zebra jacket.

The models were a combination of characters authentic Goths and Punks walked out to the Gothic anthem Bela Lugosi’s Dead by BAUHAUS, then sat nonchalantly on chairs in the middle of the runway. Among them were personalities in the Gothic scene like Parma Ham, Nurse3D and Adora BatBrat caught the attention.

The show closed with a cinematographic installation projected over the aligned models.