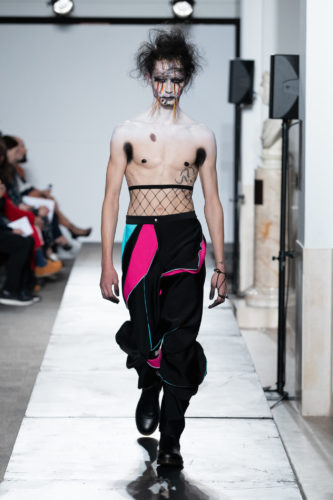 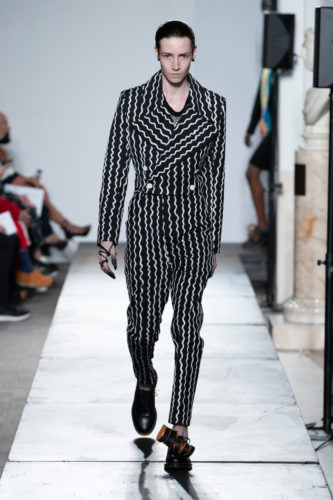 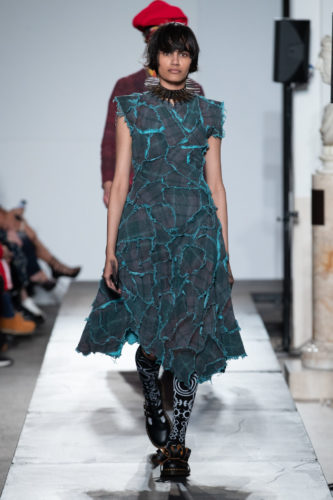 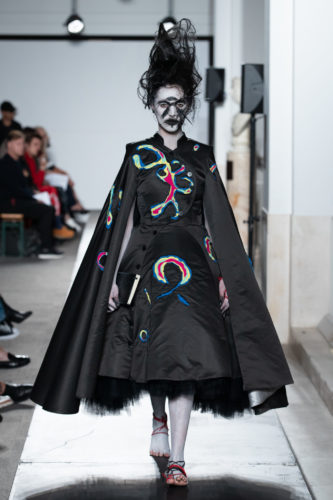 Charles Jeffrey has always been one sensitive to the state of the world and contemporary politics, his most fanciful shows closer perhaps to confrontation than they ever were to escapism. It’s this sensitivity than the designer truly allowed to take centre stage for his spring 2020 show. Not that the visual codes of rebellion and outrage were no longer there, on the contrary, they were all the more so and all at once besides: rips and tears, fishnet and tartans, studs. But he had now a different point to make, with his location of choice first and foremost. Softly lit and after hours, its ancient tomes preening from their glass windows, the British Library strikes you as the place where all the knowledge of the world comes to rest – indeed, it hosts over 150 million separate items, in all languages and from every age of written civilisation too. On benches set all around a raised catwalk at the centre of its main hall, Jeffrey’s show notes reminded us that “ours is a peculiarly violent time for the mind”. Information is threatened by corruption and distrust, our attention spans run ever shorter. Yet it is precious, and the best of weapons against the threatening of earned rights that we’re witnessing nowadays all the more frequently. As moments of pause in between a collection heavy with extremes – the paint, the patchworks, the stained suits and logographic jacquards –, the show’s soundtrack of broken records momentarily muted, Hélène Selam Kleih, Wilson Oryema and Charles Jeffrey himself all walked in with a book in hand, reading poetry aloud. The pen is still mightier than the sword, and Charles Jeffrey this season chose to pay homage to it. 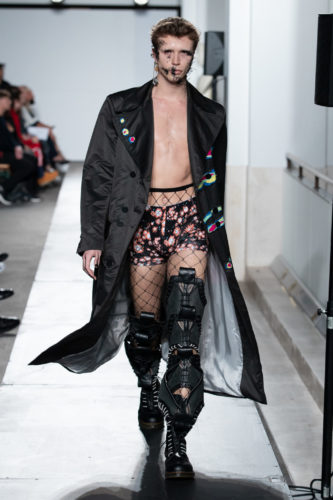 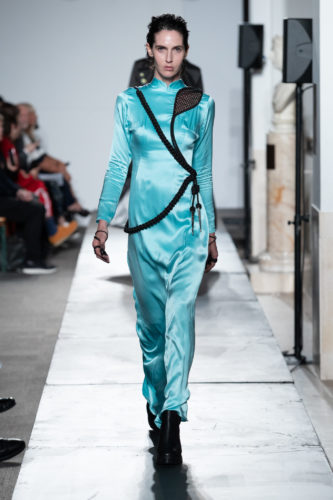 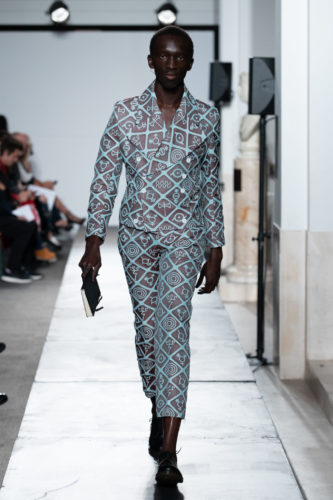 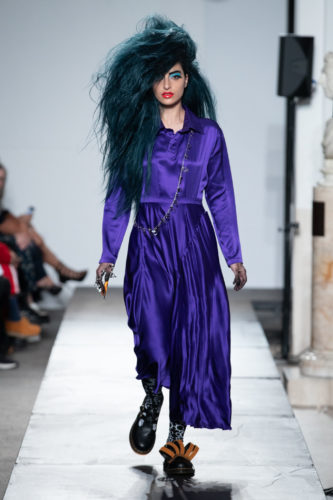 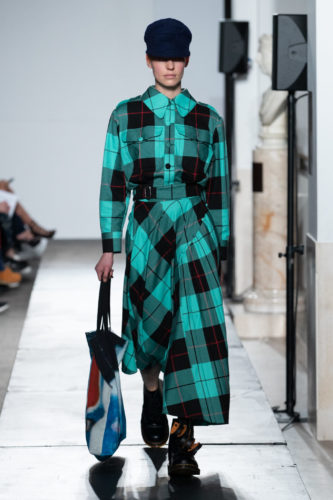 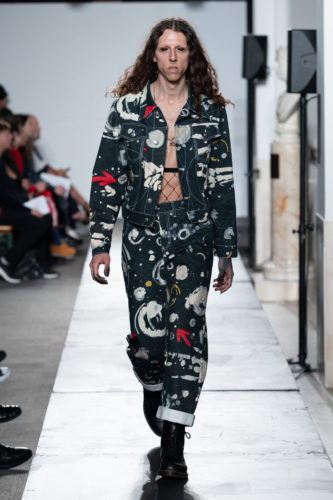 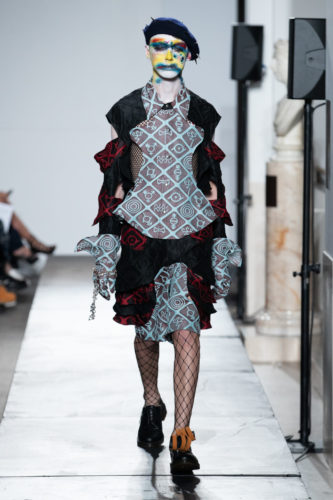 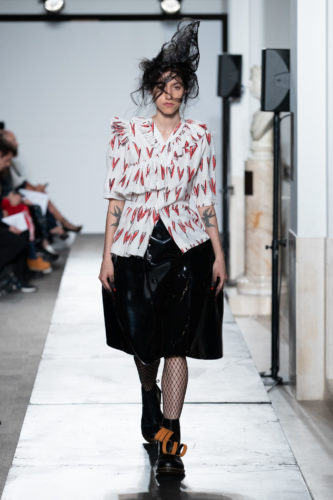