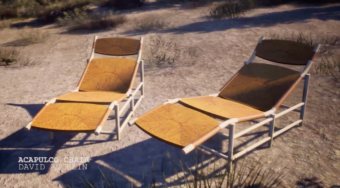 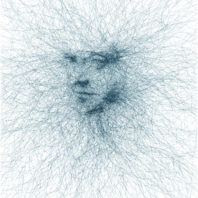 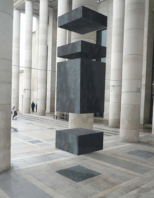 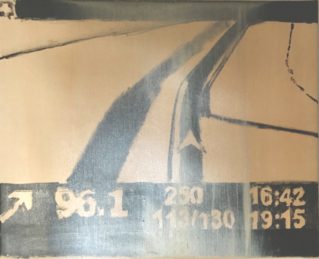 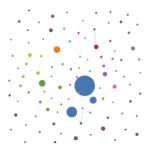 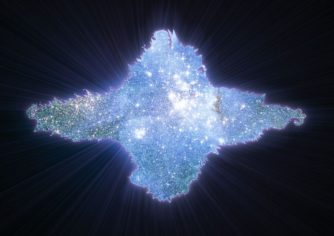 I previewed the group exhibition presenting the beginnings of an archeology of connected art, including works by leading contemporary artists and pioneers of numeric arts. We had the good fortune to meet the artist Marie Maillard and play around with her augmented reality AR which you can discover through an interactive application by means of a Smartphone or a digital tablet. She is also a collaborator of Jean Nouvel. I also quite enjoyed the work of the Swiss artist Nora Renaud and her view on the future of the internet. The exhibition also was an opportunity to introduce the DMGP Observatory, the first virtual space of contemporary art made on Unreal Engine, a software for creating video games, read more about it below. You can read more about the artists below:

WOLFGANG STAEHLE, the German artist is the first to have created a website dedicated to Art and Artists: The Thing.net in 1995 in NYC. Known for his video installations transmitting live landscape he has captured accidentally the 9/11 catastrophy. Here, he presents portraits of artists and gallerists from their Gmail accounts and Facebook who have been “cracked” and draws their social portraits based on the typology of their connections. http://www.wolfgangstaehle.info/

MILTOS MANETAS, painter, conceptual artist and Greek theorist, founder of the NEEN movement, the first artistic movement of the 21st century (launched at Gagosian in New York in 2003). He creates The Internet Pavillion at the Venise Biennale in 2009 and is the first artist to paint computers, cables and video games in the history of painting in 1995, his work evolves in drawings and performances with smartphones and other connected devices. http://timeline.manetas.com

LAURENT SAKSIK, is a conceptual french artist. For this show,he proposes a processual work: a matrix in the form of a drawing realized by an algorithm of its own design. It is a collaborative work that invites the collector to intervene on it. http://laurentsaksik.com/

MARIE MAILLARD, presents a work in augmented reality AR which is discovered through an interactive application by means of a Smartphone or a digital tablet. The installation of her work AR comes to increase the glance on the urban space, she is also the collaborator of the architect Jean Nouvel. The Japanese designer https://www.mariemaillard.com/

NAO OKAWA, the japanese fashion designer shows for the first time a double-reading dress which integrates an AR application and allows to look at the garment as a living costume, offering a new vision of connected fashion. http://naookawa.tumblr.com/

The Swiss artist NORA RENAUD questions the future of the internet with connected objects deprived of their primary function, logos and acronyms used on the net or social networks : A # on fake fur , analog screen and a relic of smartphone as an interactive piece possibly ringing the bell of the end of the internet. https://norarenaud.work/

DAVID ANCELIN, French artist presents Summer Wine, a wink on archeology currently being integrated into DMGP Observatory. He also designed Acapulco, a hybrid chair that refers to Charlotte Perriand and Le Corbusier, this lounge chair is presented in the Observatory DMGP. http://davidancelin.free.fr/

DMGP OBSERVATORY is the first virtual space of contemporary art made on Unreal Engine, a software for creating video games. This exhibition space comes completely out of the white cube, it is a space without closed walls and immersed in nature that introduces the notion of gamification in the presentation of art. This virtual space of 8km2 is designed, on order of the collectors and curators David Magnin and Géraldine Postel, by the artist and developer ARNAUD PEPIN-DONAT. www.DMGPobservatory.com

http://www.arnaudpepindonat.com
PROTOTYPE PARIS creates the graphic charter and guides the movements in the DMGP observatory which evolves regularly by introducing and producing new works in the cyber space, their graphic work facilitates the interaction with the visitors on line.

DEJODE & LACOMBE present their Château Entremont, a building that inaugurates the call for projects for the future realization of an artists’ residence and publishing house that connects DMGP Observatory, to a future physical experience. http://dejodelacombe.com/

The American conceptual artist DEVON DIKEOU lists the actors of this exhibition with an analog piece: « What’s Love Got to do with It ? » part of an ongoing work process, it is a signboard that brings together the members of this exhibition. This work is also the exhibition invitation card, a return to the reality that connects all participants of NET PLUS ULTRA.