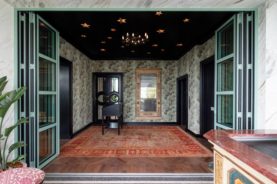 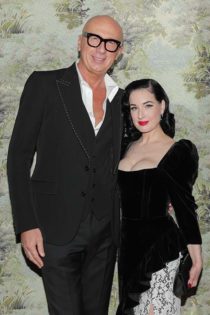 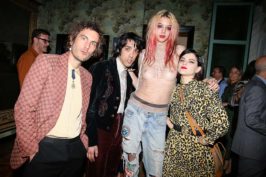 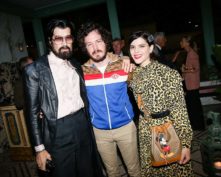 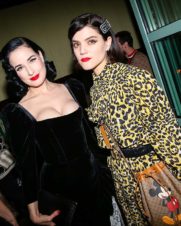 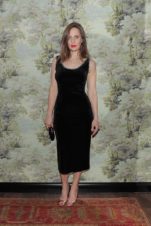 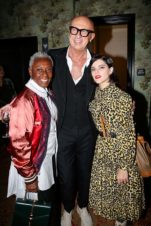 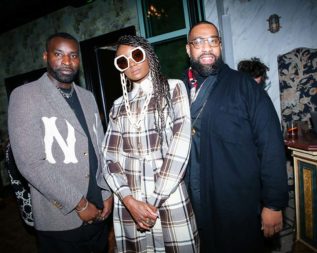 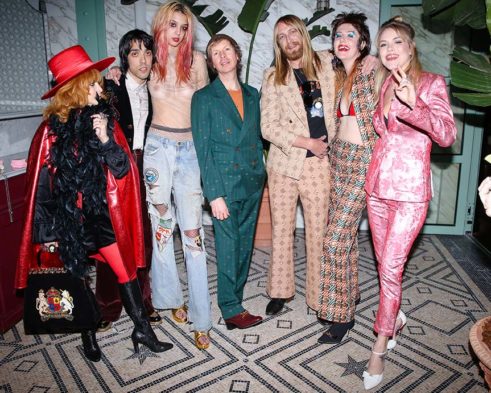 Massimo Bottura and Karime López, Mexico’s first Michelin-starred chef who runs the kitchens of Gucci Osteria da Massimo Bottura in Florence, collaborated with Mattia Agazzi for Gucci Osteria Beverly Hills. After working as a sous-chef for Karime López in Italy, Mattia Agazzi recently moved to Los Angeles to bring their shared creative vision to the Californian coast. The menu is deeply Italian and is inspired by their respective international careers, culinary travels and their passion for art and music. It will include signature dishes such as Parmigiano Reggiano’s famous cream tortellini and chef Massimo Bottura’s legendary Emilia burger, as well as new creations inspired by California.

I’m getting extremely hungry as I write this…

Similar to the Gucci Osteria restaurant in Florence, Beverly Hills uses the Gucci décor wallpaper, antique mirrors, red marble tables and wicker armchairs. Exclusive features at the Los Angeles restaurant include herringbone wood flooring and cherry red velvet benches, Italian marble mosaic floors on the terrace and an antique wooden pulpit serving as an outdoor bar. Set in an intimate and cozy environment, the Osteria Beverly Hills Restaurant will accommodate up to 50 guests for lunch and dinner seven days a week.

Gucci’s ties to Los Angeles date back to the jet-set culture of the 1970’2. Alessandro Michele has made no secret of his fascination for Hollywood since becoming Creative Director in 2015. He expresses this inspiration season after season, for example in the capsule collection Château Marmont, the Paramount Studios capsule collection, the re-launch of the Gucci Guilty fragrance at the Hollywood Forever Cemetery and the Spring/Summer 2019 advertising campaign celebrating Hollywood’s golden age. In addition, Gucci regularly supports the Los Angeles arts and film community through the annual LACMA Art+Film gala co-chaired by Alessandro Michele. This new Gucci adventure will bring together the worlds of culture, gastronomy and fashion for an unforgettable experience in the “City of Angels”.
The Gucci Osteria da Massimo Bottura Beverly Hills restaurant will officially open to the public on February 17, 2020.