I first met Yana Chervinska years ago at a designer contest, and she seemed obsessed with color and volume back then. This season, she stuck to her guns and focused on bulky outerwear and long dresses that were often flared at the hem, trimmed with cute knit fringing. If the silhouette was definitely odd and rather ‘avant-garde’, you could take each look apart and find something new and desirable to wear. One of her shiny micro gingham dresses featured a partial apron front, bringing workwear and traditional clothing to mind. The color palette itself was contradictory, from fiery reds and pale blues to ocher yellow and black. The overall styling -which evoked hiking sports and performance gear- tended to obscure Chervinska’s intricate pieces; it would be wise for her to simplify that next season. 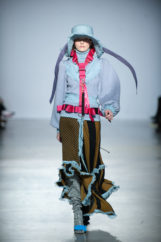 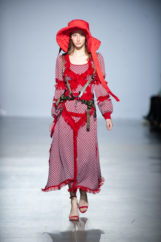 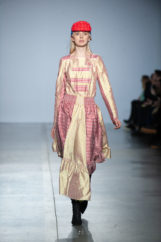 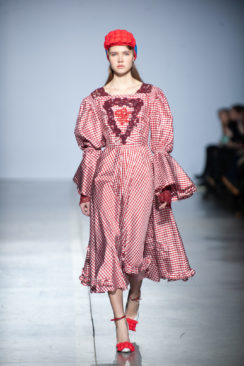 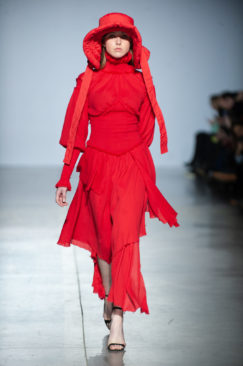