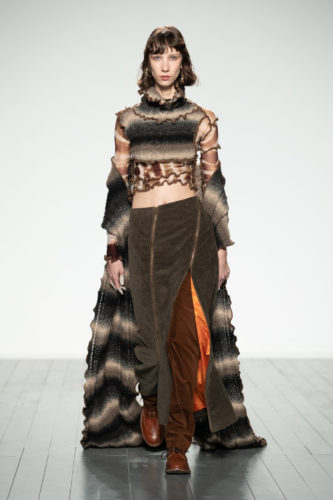 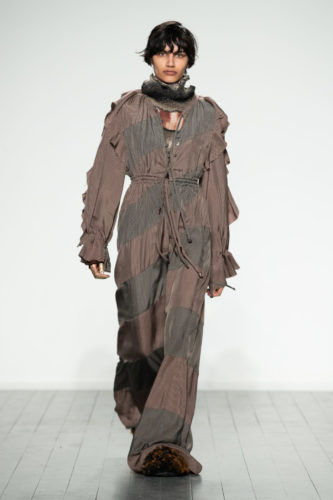 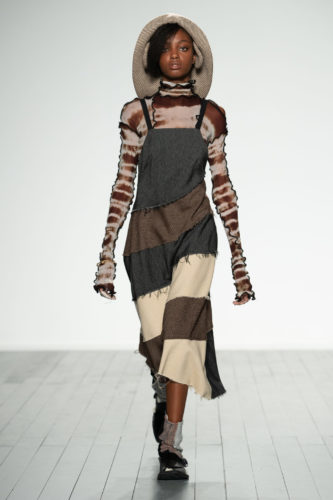 Here in Britain, the season of Brexit is turning sour as its end approaches. And London’s designers are moving on from the stage of their darkest doomsday prophecies toward something more akin to a post-apocalyptic, reluctant but resourceful salvaging. Designing now for a winter when the severing of England from Europe will supposedly already have happened, ASAI’s fall 2019 collection, Ground Up, is one of painstaking reconstruction in the wake of uprootedness. Pioneer dresses, cream toiles, layering and patchworks with raised, wavy seams like exposed radicles. It’s a time for humbleness and the licking of wounds. ‘”Take back control,” you say. Control of what?’ asks Susie Lau rhetorically in the show notes, ‘Our Empire?’. A second-generation Londoner, A Sai Ta’s vision is critical of the status quo without compromising on poetics. Earthy tones, ploughed wools, wide brims – there’s in them something organic and hurt, a tenderness of spirit and fabric. The designer’s own Sino-Vietnamese lineage is here less preponderant than it had been in previous shows, in the tie-dye hot wok tops that put him on the map. It’s muted now, but simmering beneath the layers, peeking through the slit of a skirt: protected, preserved, and in waiting. 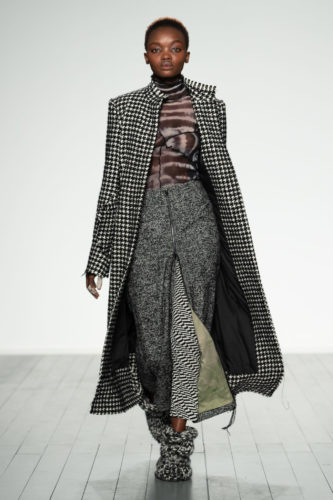 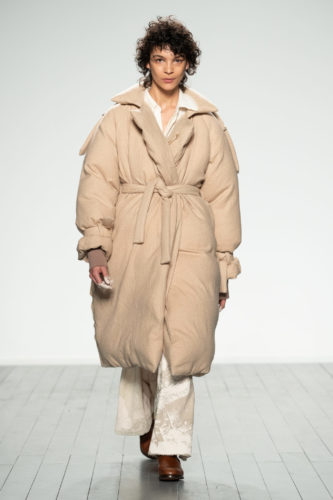 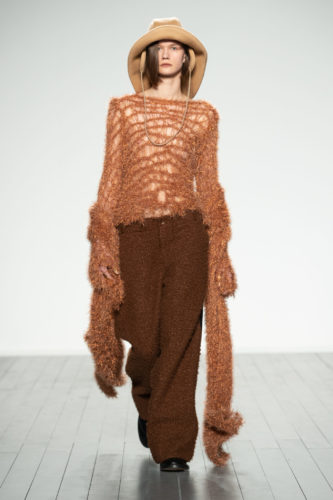 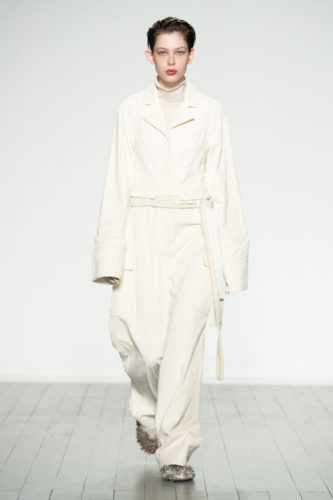