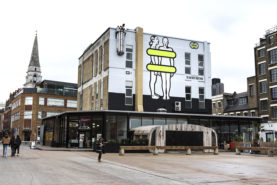 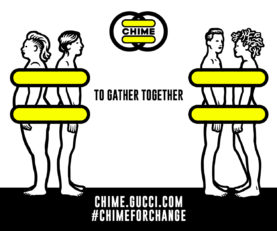 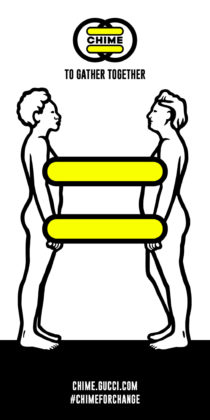 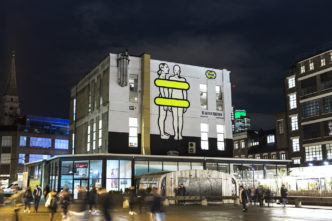 In an effort to accelerate progress towards gender equality Gucci has launched the next chapter of its CHIME FOR CHANGE campaign with a new creative identity dedicated ArtWalls, non-profit projects and creative collaborations. “To Gather Together” is a call for the global community to unite to support gender equality.

“Every person is created equal. We all have the power to use our voices to stand up for what we believe in.  When we gather together across generations and communities, we have the opportunity to create real change.  The fearlessness of this generation to express themselves gives me hope that a future of freedom and equality is possible,” said Gucci Creative Director Alessandro Michele.

“With this next chapter of CHIME FOR CHANGE, Gucci is proud to reaffirm our commitment to a more just and equitable world. Achieving gender equality is critical to securing our collective future, and we are dedicated to leveraging our creative power, global employee engagement, and support for non-profit projects to ignite conversation and help empower the next generation of leaders,” said Gucci President and CEO Marco Bizzarri.

I had the great opportunity to meet the Italian artist MP5 at a Gucci dinner last week, she has created the new CHIME FOR CHANGE campaign identity that will be revealed on Gucci’s ArtWalls in London, Milan, New York, Taiwan and Hong Kong. Lucky me to have been seated next to her at the dinner. I was already enchanted and only when I got home did I discover her work. The new identity features silhouettes of human figures, unidentifiable by gender or other labels, standing together. Earlier this moonth Gucci presented On/Off, a two-part wall painting by MP5 at the Gucci Garden in Florence. MP5’s work is characterized by an incisive black and white style and aimed at a critical and politically engaged vision of reality.

The Future is Fluid, a short film by Jade Jackman and Irregular Labs, which premiered yesterday at an event during the Sundance Film Festival. Alas I’ve yet to see it but the film explores what “gender” means to Gen Z, featuring individuals from Brazil, Canada, India, Italy, Singapore, South Africa, the UAE, the United Kingdom and the United States. https://www.youtube.com/watch?v=nFUvLNL7E8Q&feature=youtu.be&utm_source=native&utm_medium=web&utm_content=FutureIsFluidPress

CHIME FOR CHANGE projects include:

A programme and portal designed to connect people, planet and purpose. Designed for a global audience, it is part of a 10-year process plan to embed a comprehensive sustainability strategy into and around the brand, governed by a Culture of Purpose, Gucci’s mission to bring positive change in order to secure our collective future, visit equilibrium.gucci.com