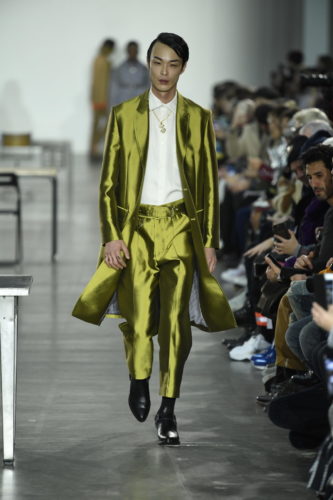 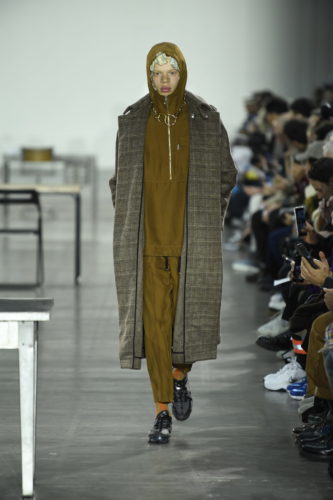 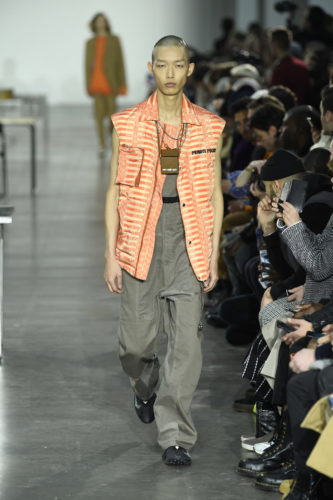 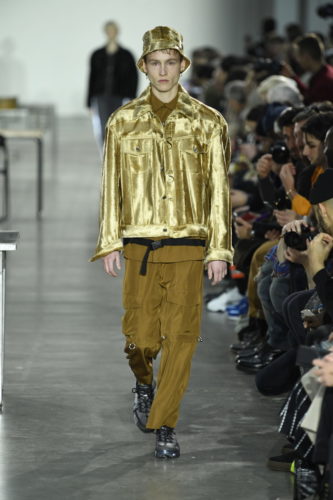 Like so many things today, Private Policy’s fall 2019 collection revolves around money. The tang of copper, the tartness of gold, the conspicuous orange rubber of the elastic bands that bind stacks of bills together when trading large sums, were the palette highlights of a show meant to make us think, about how much we think about money. Backstage, designers Haoran Li and Siying Qu said the inspiration came to them this time last year, when they were first invited over from New York to show as part of the GQ Presents project, which aims to give a new generation of Chinese designers the chance to showcase their work at London Fashion Week Men’s. They had visited an exhibition on money at the British Museum – The Currency of Communism I believe this was – and questioned how it came to be that a tool we once designed to facilitate the exchange of sheepskins and shells now rules the world. With its addictive sheen, wealth empowers and subdues us. To the tingling tunes of a rolling cash register, Private Policy streamlined the complexity of our relationship with money in four boxy streetwear silhouettes – the banker, with dollar-sign buttons, the worker, in comfy grey fleece, the police officer, and the robber, who wore golden handcuffs and a see-through glittering vest that Li and Qu explained was stuffed with actual shredded money – 10000$ of it. As it turns out, government institutions routinely tear old currency to pieces, and you can buy bags of these green confetti that once were dollars online (for a much lower price than their former value, the designers were keen to specify). There is something sacrilegious about the thought of destroying money, and perhaps consequently, something lustful to it. What best than fashion then, to recycle it into. 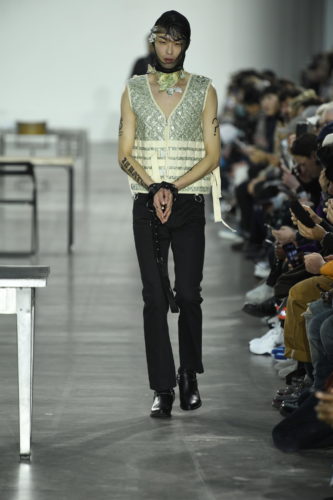 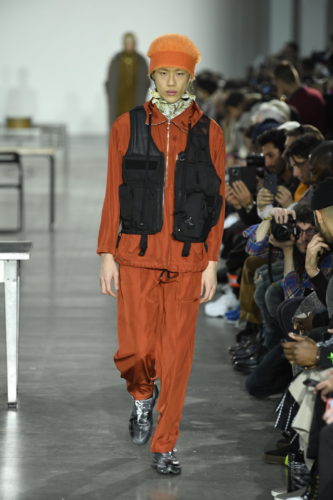 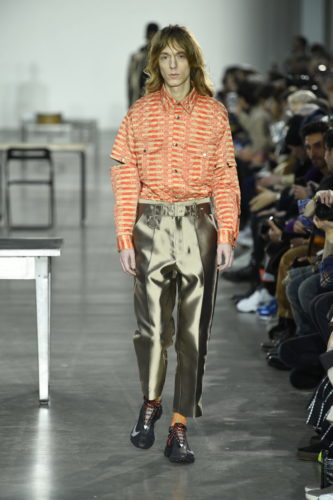 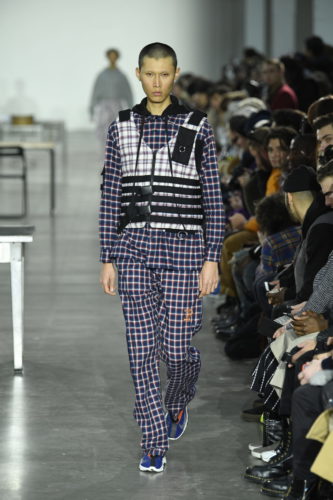