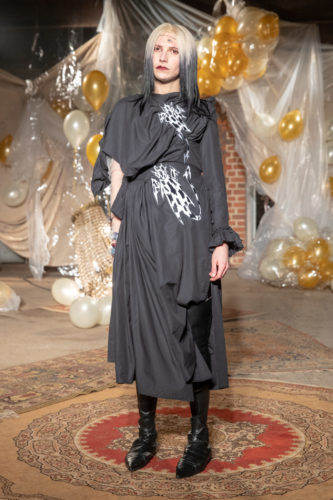 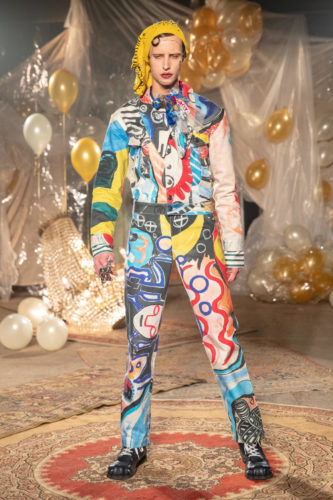 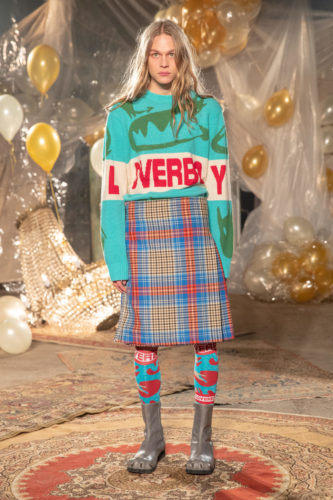 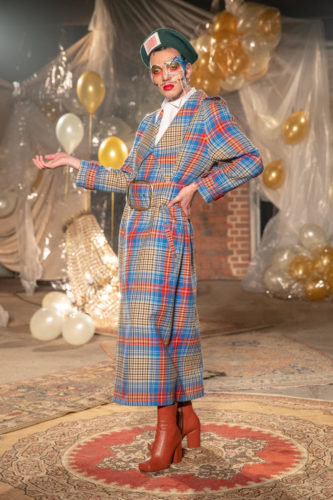 For all intents and purposes, Charles Jeffrey’s show yesterday evening was an exercise of consolidation: the strengthening and polishing of his signature’s bests – the tailoring, the kilting pleats – as the Loverboy brand graduates into a full-fledged fashion business. That such a show could be, as it was, themed around subtextual queer politics in ‘The Story of Peter Pan’ goes to show that depth and commercial success don’t necessarily have to be the dialectic opposites we’ve gotten used to take them as. Jeffrey has never been one for parsimony, and the newfound funds have taken his presentation up a notch: if with a tight budget he could – and did – put together a party for all of us to remember for seasons to come, last night at the old hydraulic power station in Wapping, what he set up was more along the lines of immersive theatre. A broken piano, a banquet, a pile of mattresses and a bathtub were leading the way in and down, as the pivoting points of a labyrinthine runway adorned with smoke, balloons, tinsel and decay. The Loverboy designer doesn’t deny or mitigate the costume-y aura of his work, on the contrary, he embraces and normalises it, a feathery ball gown is this label’s answer to the ubiquitous tracksuit. Jeffrey’s customary periodicity was present too, focusing this season on the 1920s. 1923, to be precise – the date on an old edition of the fairy tale his Scottish compatriot J.M. Barrie is nowadays best remembered by, that the designer was able to get his hands on. But not the twenties as they were then, more like the twenties as we can now only with hindsight fantasise them to have been: ballrooms and decadence, the raw edges of a war that was and the silent threat of impending doom. Flappers’ waistlines and licked curls, scarlet plumes, the androgynous sex appeal of Loverboys across space and time. ‘The mauve ones are boy fairies, the white, girl fairies, and the blue lights are darling little sillies who are not quite sure what they are’ reads a selected quote in the press release. With new years come new challenges, and 2019 is not a week old yet: but in times when the future can seem threatening once more, Jefferey’s summons up fairies to face the world’s unfairness. His Neverland’s Lost Boys wear claw boots and hoodies with animal ears, stuffed-toy trophies draped about their shoulders like shawls. Led by a boy who refuses to grow up – even though his brand does – they’re a combative bunch, wilful. To be sure, we’re in good hands. 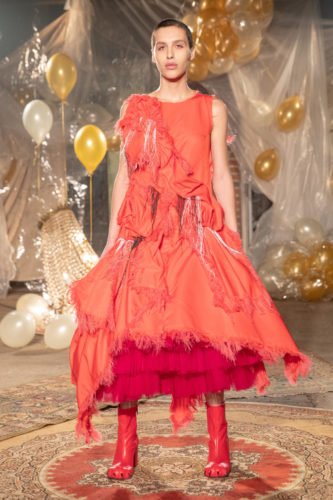 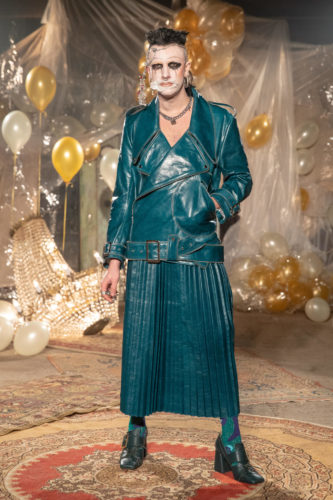 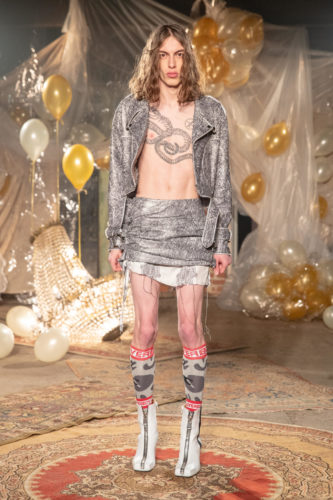 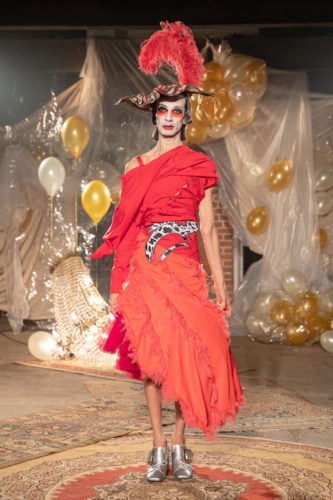 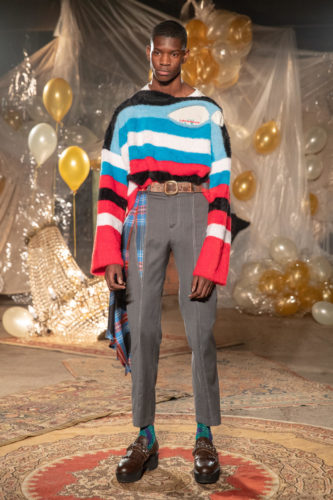 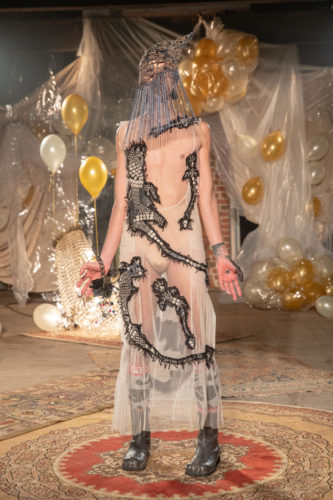 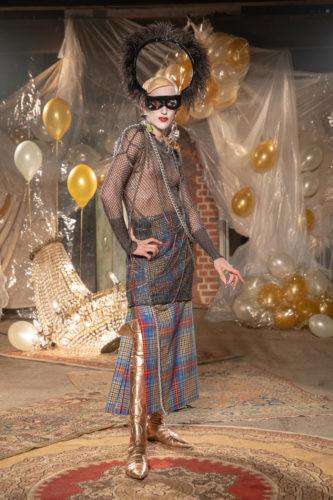 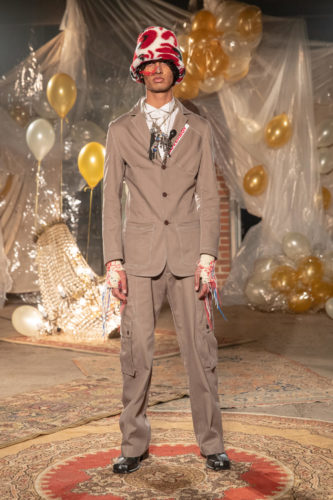