You can count on the Final Year graduates of the Royal Academy of Fine Arts in Antwerp to deliver bold and provocative statements, which often comment on what’s been missing from fashion lately. This time, sex and power were on the minds of the 2018 graduates, and Kjell De Meersman’s collection was one of the show’s strongest statements, mixing beautiful tailoring with latex pieces, sensual fur, and lots of bare skin. The overall effect was a delightful -and empowering- fetish experience, breaking away from the industry’s current political correctness. If the Aalst native was inspired by his mother’s life as a banker and the dress code she had to follow at work, most of the suits shown on the runway were either distressed or subverted, recalling the rawness and attitude of early Alexander McQueen. Noa Kapchitz and Elijah Schali were referencing Ethiopian tribes in their duo collection, and they mostly used leather, fur and ponyskin to craft gorgeous separates, which also echoed the refinement of 1920s Couture. The clothes were savage and sleek at the same time, offering a nice balance between elegant and rough. Predrag Pretovic had stylish criminals in mind, as well as 90’s Belgrade underground, giving an edgy and harsh feeling to his clothes. His shredded denim pieces and PVC garments were highly sexualized, while his tailoring had a dignified and aristocratic air, playing with stereotypes of gangster masculinity. Gennaro Genni Velotti, the Naples graduate who closed the show this year, sent out gorgeously intricate coats and jackets down the runway, which looked timeless and chic. Growing up with a single mum, his collection challenged the idea of gender, showing that a woman could also be a man, a father and a mother. This ambivalence was beautifully expressed in his oversize clothes, which reminded us of Martin Margiela’s experiments with tailoring, achieving a silhouette that was simultaneously 3D and flat. The Italian designer’s take on sexuality was ultimately intriguing, but the collection also read as a moving tribute to his mother and all the roles she had to play to support and nurture her family, beyond the usual conventions of gender codes. 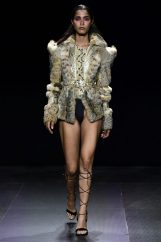 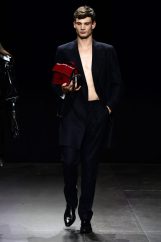 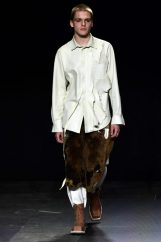 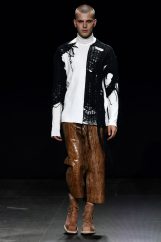 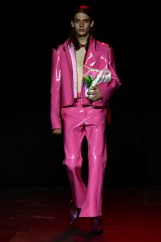 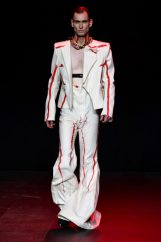 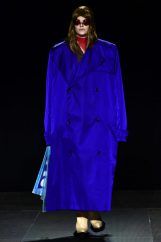 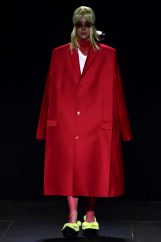 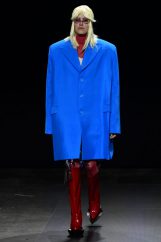 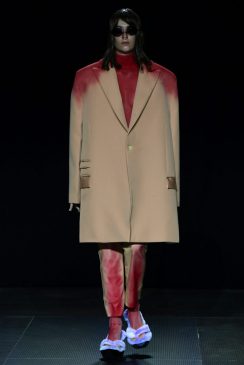 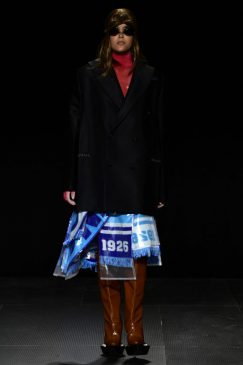 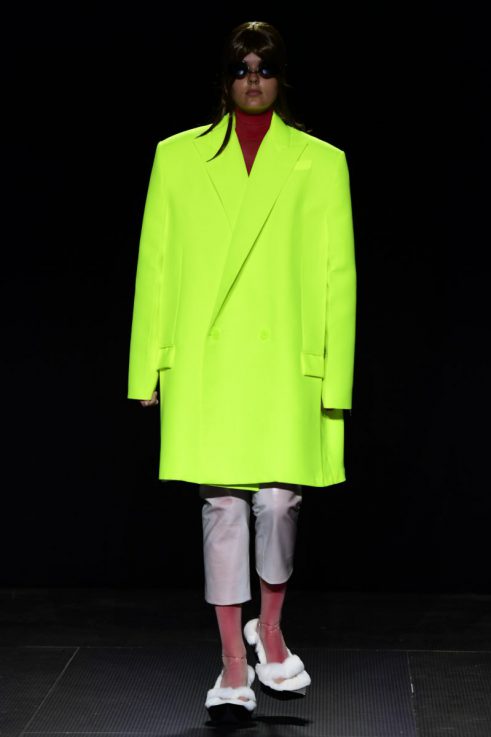