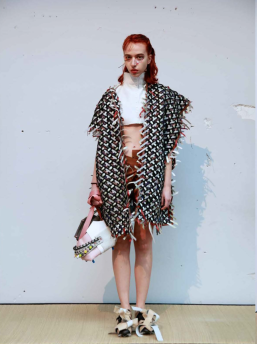 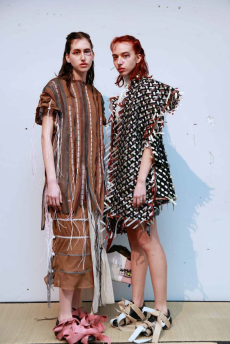 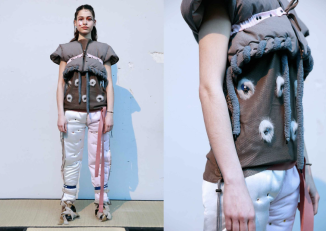 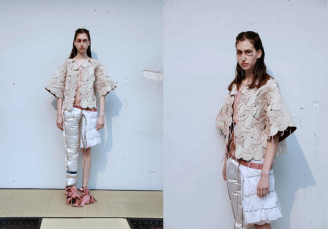 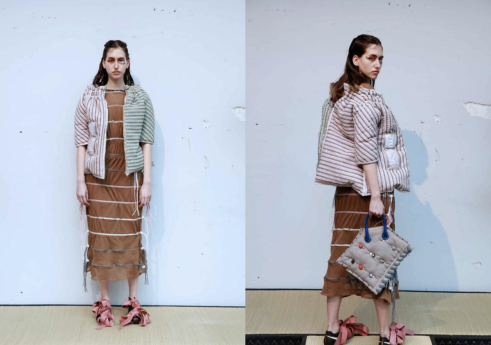 Quoi Alexander does not believe in sewing he likes to work with fragmented pieces to create something uniquely his. The collection looks like a work in process with half bodies of jackets, trousers, a bit contemporary Bladerunner. The symbols and embossed writing is a language that does not exist and is meaningless. The Paris based Californian studied fine Arts in California and continued his studies in London at Central Saint Martins. He gained experience while working for Alexander McQueen, Sonia Rykiel and Chanel before launching his own brand which looks like none of his design work experiences and was asked to participate in Lidewij Edelkoort’s  Anti_fashion conference in Marseille.