Despite being less prominent than their Swedish or Danish peers, Finnish designers have been finding their own audience, crafting innovative and often inspiring lines. Sustainable and stylish, NO/AN is a high-end bag collection created by Anna Lehmusniemi and launched in 2016. Handmade in Portugal by a small, family-owned atelier, the brand focuses on timeless and graphic styles, made mostly in grainy leather, as well as soft nubuck. This season, the designer offers her signature Flap bag in stark black and white and proposes her roomy Ace model in a variety of colors, underlining her love for organic lines and geometric shapes. NO/AN is currently stocked in prestigious boutiques throughout Europe and the US, such as Jean-Pierre Bua in Barcelona, Van Ravenstein in Amsterdam, Blanc Boutique in San Francisco, Série Noire in Lille or Asuna in Helsinki. You can discover NO/AN at Anna Lehmusniemi’s showroom, located on 16 rue des Coutures-Saint-Gervais in Paris, opening tomorrow and closing on the 6th of March. 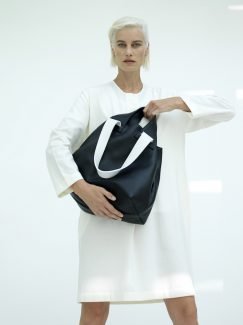 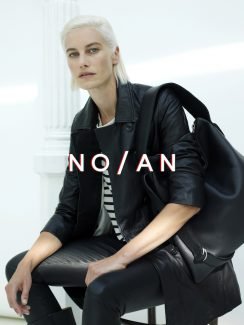