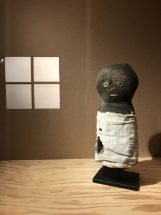 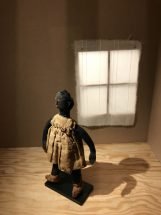 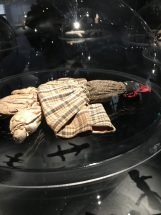 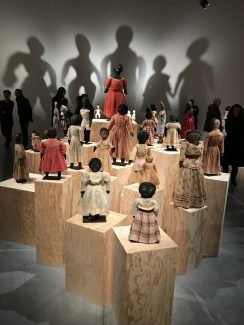 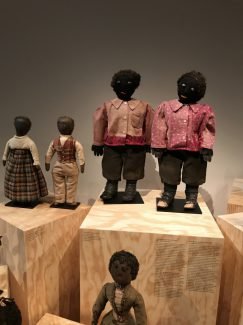 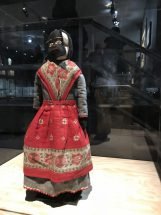 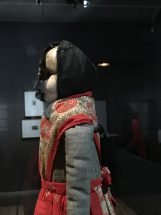 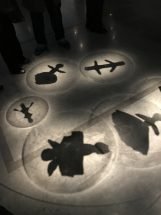 Black Dolls is a collection of several hundred hand crafted dolls and vintage photographs dating from 1850-1940’s. They are all made by African- Americans and this is the first time that they have been shown outside of the USA. Through the dolls you get to know the story of what it was like for black Americans at that time and what childhood was like. Unfortunately I did not take that many photos as I was doing an insta-live…maybe it is still up on instagram asvof…  The dolls were manufactured by African American women for their own children or the children that they guarded. Deborah Neff has built up her collection of them over a period of twenty-five years. Before her extensive collection these dolls were considered as domestic artefacts and without artistic value. You only have to walk through the rooms at the Maison Rouge to feel their power and the emotion that they emulate. In addition to the dolls there is a collection of daguerreotypes representing the American childhood at that time and their relationship with their black dolls. 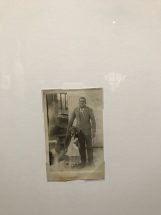 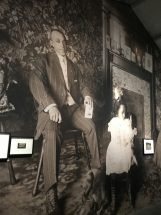 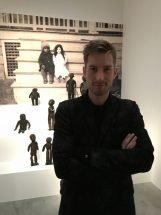