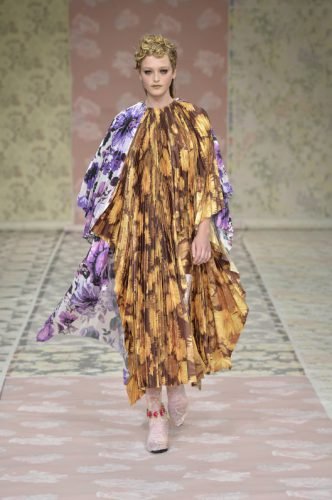 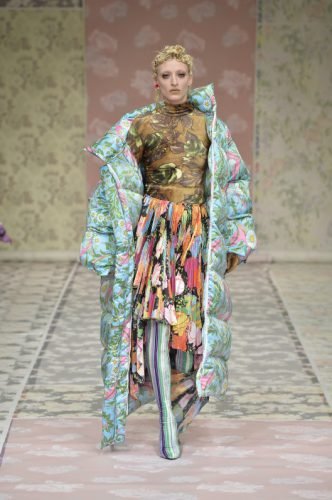 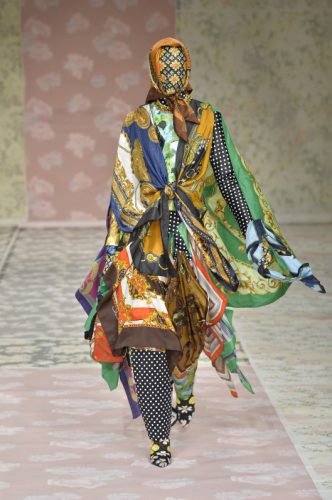 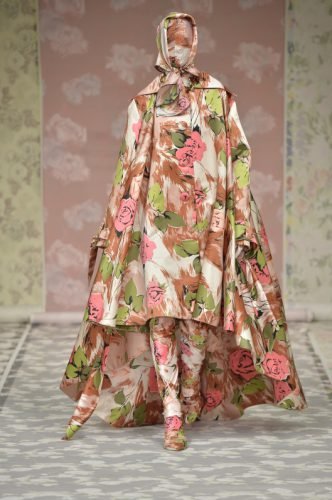 One cannot write of Richard Quinn’s show without acknowledging the Queen in the room. Unbeknownst to us all, she was there this afternoon to reward a fledging young talent, who graduated from CSM in just 2016, with the inaugural Queen Elizabeth II Award for British Design. We were requested to politely stand as she did – instead, as was to be expected, we tripped over our benches and one another, weaving our smartphones to the sky in the hopes to get a good pic of Her Majesty in a powdery mint tailleur, extravagantly clapping and whistling all the while. Quinn is an interesting choice for the prize: this being only his second show, he settled comfortably on schedule after something of a meteoric rise. His style already distinguished, his message is straightforward and streamlined without being stifling – he’s taking the flora out of the bohemian and into the quasi-hardcore. There’s a quota of fetishism to his body wraps and knots, a stridency to them, yet a timelessness too. When not botanical baroque, the foulard of yore is repurposed as a multipurpose modular element, and the neckerchief becomes a mask for a new generation obsessed with probing questions of identity. But first and foremost, Quinn is a printmaker. He prints pleats and tights, turtlenecks and puffers, silver paper even. His trailing tinfoil gowns are crafted from a material not unlike the one we use, in the Italian countryside, to clothe Easter eggs and make scarecrows out of once they’ve been eaten. They swoosh noisily as they walk by, almost as loud as the music. But the clothes we see on the runway today need to whisper of the times to come, and these do. With the monarchy’s approval, I for one will be hoping dearly to see them again at the Royal Wedding in May. 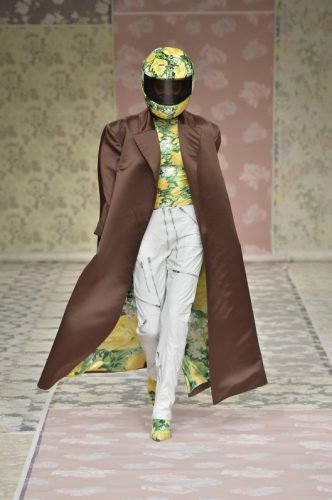 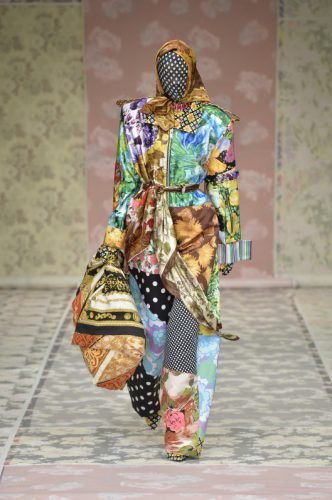 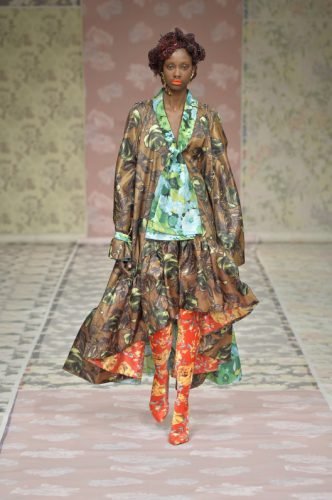 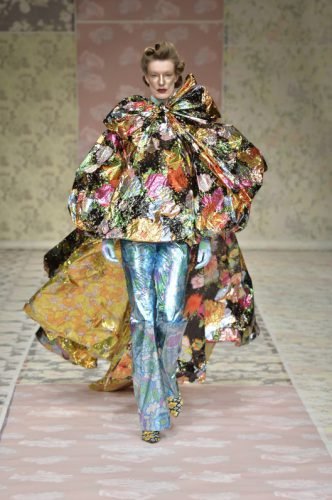 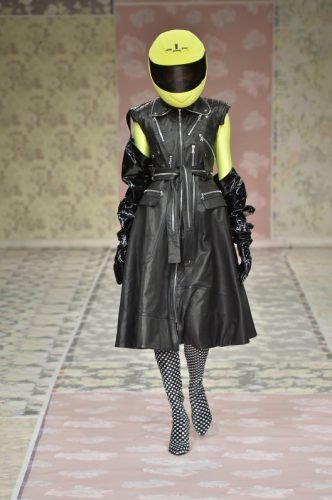 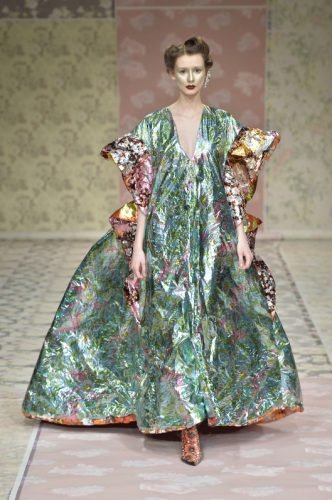