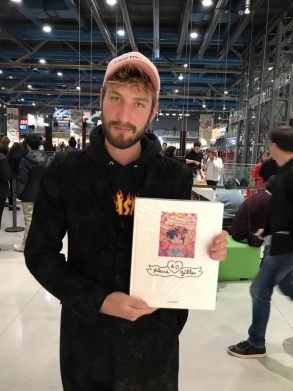 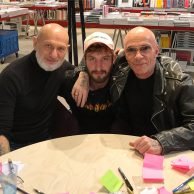 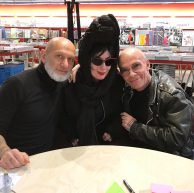 My friend Pierre Barbrel and I went to Centre Pompidou tonight for the book signing of Pierre & Gilles. Pierre ended up buying the 40 year retrospective which by the way had ASVOFF 9 President, Eric Daman pictured as a saint. There was a long, long line and instead of going to the front which I would have done if Marco de Rivera was with us because he would not stand for me waiting in line, however …we waited for a few hours. Pierre & Gilles did not understand either why I did not just come to the front. What ever, Pierre and I had a fun chat and the time flew by.