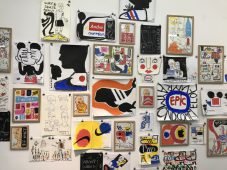 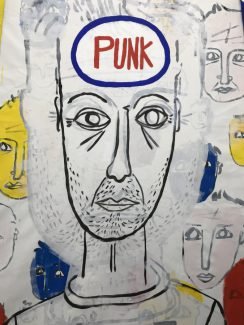 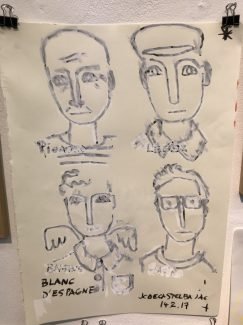 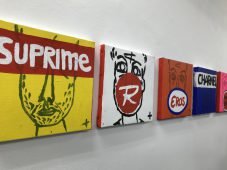 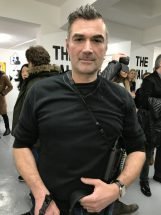 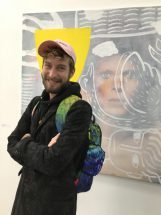 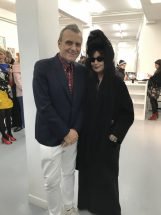 Jean-Charles de Castelbajac is making a turn with his art and constraining himself not to draw and instead to do more abstract work. This is a major turning point in his career because he has been so easily drawing all over the walls and on clothes and now he feels is the time for modernity, simplicity and the essential. Having been the pope of pop art in fashion he wants a radical change, he’s had enough…  He considers his new work to be a series of signs, “hierograffs”  that in 200 years people will have to interpret. He did a series of his head as the background and then logos showing in his own way the ambiguity between art and fashion. He registered all the names of brands on his marketing wall ranging from young names to established ones and painted a series of shopping bags that he will make new every week. The idea is to renew art in the gallery under the form of the bags. There is also a limited edition of 50 t-shirts representing the work of iconic artists like Keith Haring, Andre, Andy Warhol, Jean-Michel Basquiat, Jean Cocteau, etc.