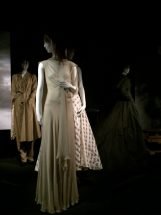 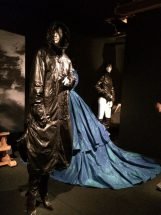 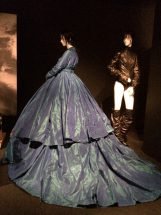 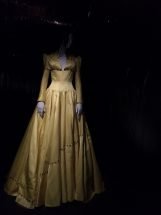 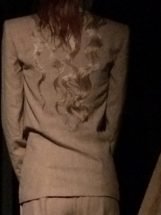 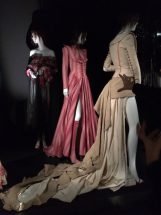 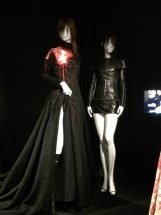 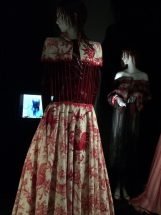 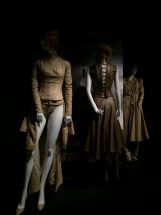 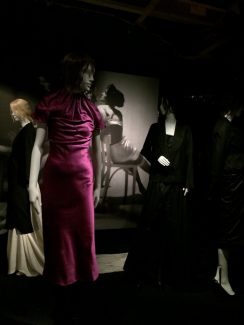 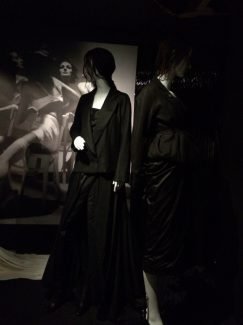 She walks in beauty is the name of the first solo exhibition of Olivier Theyskens which is currently at the MoMu Fashion Museum in Antwerp. In fact it is the last exhibition before the museum closes for two years of renovation. The title comes from a poem by Lord Byron written in 1813 and captures the atmosphere that runs through the past 20 years of Theyskens life as a fashion designer. I am happy to say I’ve watched him from the very beginning of his career which started when he was 20. He went to La Cambre in Brussels for two years and then dropped out because long before he entered school he had already been immersed in fashion going through the treasures he found in the family attic and always he was drawing and dreaming. There was no point in staying at school so at 20 he launched his brand and today, January 4th, he turns 40, so half of his life has already been devoted to his art and fashion.

What you will find in the exhibition is a selection of his work starting with the first few collections that were all one of a kind pieces and not for sale. He stopped his signature collection the same year that the world trade center collapsed. During his career he also designed for the houses Rochas and after Nina Ricci and more recently for Theory before re-launching his own self-financed collection. He is a hands on designer in much the same way that Azzedine was. In addition to his own collection he also takes on private commissions for wedding dresses. The magical one on view at MoMu took 3 months to make and is made completely hand made by him.

The exhibition has been extended till April.

In addition to the exhibition RizzoliElecta has published a book where you will find  drawings,  inspirations,  collections and the beautiful back stage photographs by the photographer Ali Mahdavi.

The portrait of Theyskens was taken by Irving Penn.