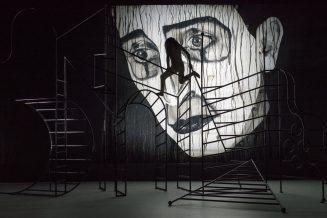 A few images from an amazing living spectacle that I saw one month ago at Nanterre Amandiers, it was surprising and totally entertaining.  La Fille du Collectionneur opened using the body of the daughter of the art collector acting out the objects with her body while a voice over described the inventory of the pieces. Long before the performance started we saw an unmoving Marlene Saldana so static that we could not decide if she was real or a doll of sorts. The actress poses nude and acts out the numbered objects on auction. The play is  about memory, real and unreal and it takes place in a white box of sorts with metal structures that made me think of The Cabinet of Dr. Caligari the 1920 German silent horror film, directed by Robert Wiene and written by Hans Janowitz and Carl MayerCabinet of Dr. Caligari. Mercier had his performers doing high wire acts with impossible postures and the sound design was spellbinding . Mercier who is a confirmed French artist has been putting on spectacles since 2014 and as an artist has received too many awards to list here.  I will be awaiting his next production with great anticipation. 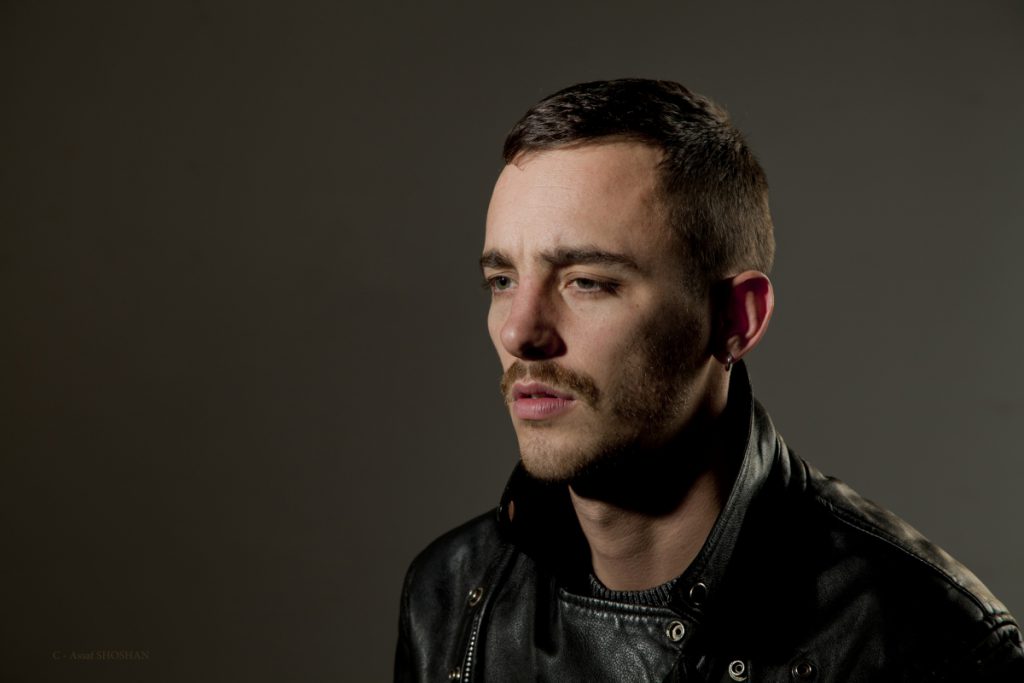